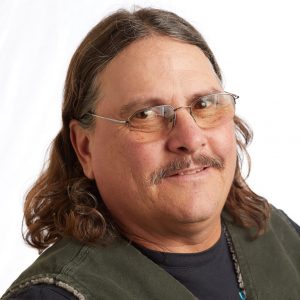 Mike Scott learned about the importance of having a voice on the job in his twenties, when he moved to Oregon and began working in a sweatshop with no benefits, low pay and long hours. As a worker in middle management, he knew the owners were targeting certain workers. Mike tried to advocate for the affected workers, but he soon found that without a union contract he became a target as well. He ended up leaving on his own accord and eventually found a job with the Oregon Department of Transportation.

Mike knew right away that working for the State was a great job and one he’d want to keep. The benefits of a union contract weren’t lost on Mike and after about a year, when his mentor and shop steward retired, Mike was elected to that position and has served as shop steward for the past 12 years.

Mike likes sports, American history, politics and fast cars. His work takes him to various parts of Oregon where he enjoys meeting people from different backgrounds.