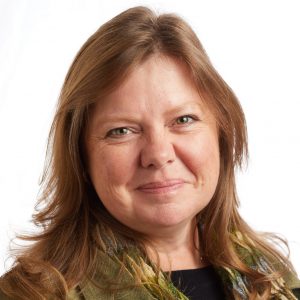 Rhonda’s mother was engaged in negotiations with the city and instilled in her early on that you “can” fight city hall. A heavy equipment operator, her grandfather’s strong union ethics and activism contributed to Rhonda’s belief in workplace fairness. When she first started in the Gold Beach DHS/OHA office 10 years ago, she felt a strong Union presence and admired her coworkers’ courage and determination in support of the Union bargaining team’s efforts to reach an equitable agreement with the State.

Seeing democracy in action at her first General Council in 2006 was truly life altering for Rhonda. Literally rising from her chair to be counted during a “standing vote” on a resolution gave her a feeling of empowerment. The passionate and informed discussion on the resolutions by fellow delegates and the energy they brought to the democratic process made her proud to be a part of 503.

Her involvement with her DHS/OHA sub-local, the 503 Women’s Council, CAPE and the Staff Screening Committee has been both educational and gratifying. In addition to her Union work and volunteering in her community, Rhonda loves being mom to her three amazing children.