2021 Retrospective: Workers seized the moment, but we have a long way to go.

“When they started dying, that was so hard.”

Felipa Rojas De Torres is a Certified Nursing Assistant at a nursing home in Salem. When the pandemic hit, her facility was thrown into a crisis that continues to this day. 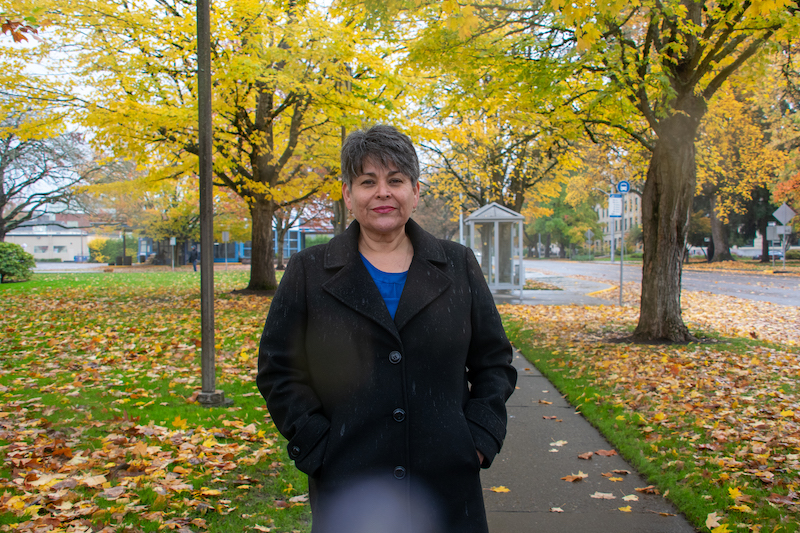 “We were short staffed before COVID, so when people had to quarantine, there was no one to cover their shifts,” Felipa said. She recalls hearing horror stories at union meetings about entire facilities with only one CNA available to cover a shift. Workers in some facilities wore trash bags and mittens because there was no available PPE. Many of Felipa’s coworkers who were earning $13 or $14 per hour decided it wasn’t worth it and quit.

“Who can blame them?” Felipa said. “While all this was going on people were calling us heroes. Okay, you say we’re essential. You say we’re heroes. What are you going to do to fix these problems?”

The COVID-19 pandemic exposed many long-standing problems in our country. Nursing homes are a particularly illustrative example, but all across our union workers saw just how bad things can get when decades of underfunding, cost-saving measures and “lean” management practices collide with a crisis. So when our union set out to renegotiate contracts in 2021, we knew we needed an extraordinary campaign.

The I Am Essential campaign brought together state employees, homecare workers, nursing home workers, university workers, child care providers and adult foster home providers—more than 70,000 workers across Oregon. Each with their own unique issues, but speaking with a single voice to say “I am essential. Respect us, protect us and pay us!”

This kind of cross-sector cooperation is unique. Contract campaigns are usually specific to each bargaining unit. After all, a nursing home worker and a university employee have very different issues to deal with. But this year, it was striking how similar the themes were across the many different parts of our union.

Stephanie Prentiss remembers hearing from union members at the University of Oregon who got laid off when campus closed. “We had people who didn’t know how they were going to buy groceries or pay their bills,” she said. “So many of my coworkers at the university live paycheck to paycheck. These were the front-line people, the so-called essential workers. I just remember thinking, ‘if they are essential, what are we going to do to protect them?’” 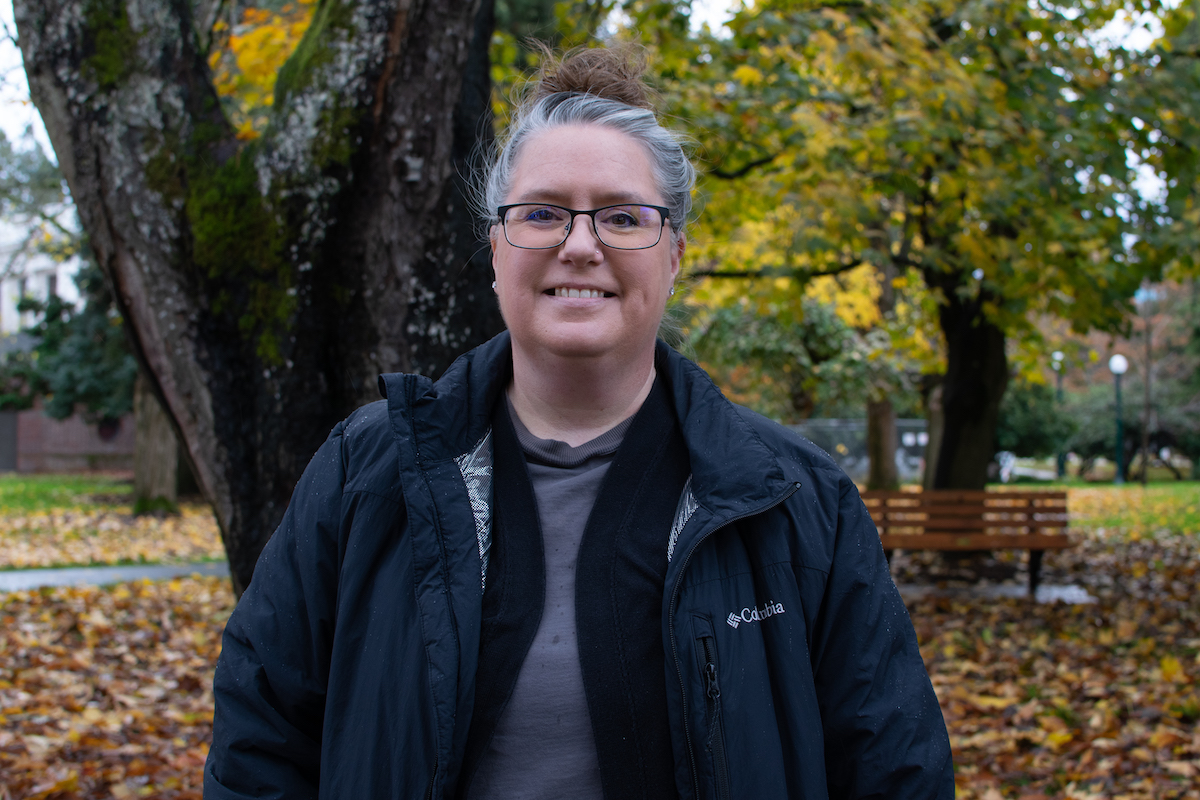 Melissa Unger, Executive Director of SEIU 503, remembers the moment she knew this campaign was striking a chord. The first thing we do in a contract campaign is ask members to fill out a bargaining survey and tell us what issues we need to prioritize,” Melissa said. “We had more than 10,000 people fill out surveys. That level of engagement is particularly high for the early stages of a campaign.”

When we fight, we win!

So far, the I Am Essential campaign has delivered new contracts for State employees, homecare workers, nursing home workers, child care providers and adult foster home providers—delivering on many of the priorities that SEIU members wanted to tackle in 2021.

Ibrahim Coulibaly works for the Bureau of Labor and Industries. He was excited to see the new State worker contract this summer, particularly the wage increases.

“This contract is going to raise wages for many state employees by 15.6% over the next 13 months,” Ibrahim said. Between the steps and cost of living adjustments in the contract, workers who are not topped out will see the full pay increase. 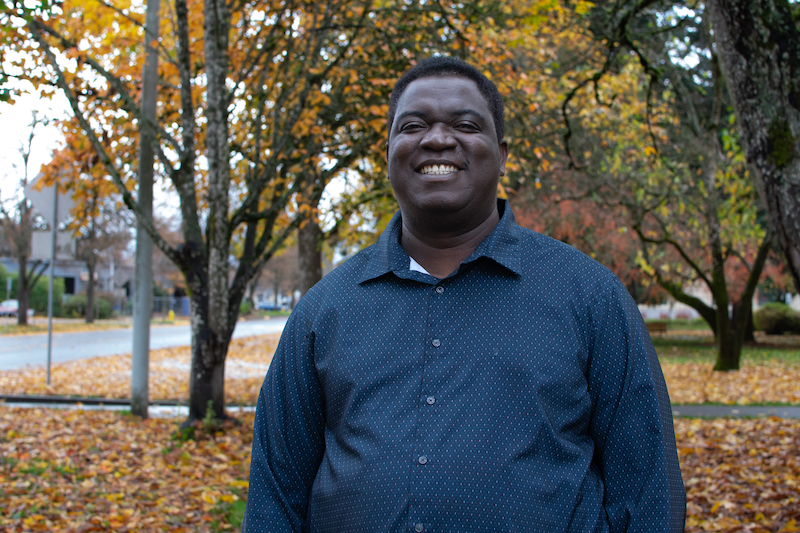 The contract also includes $1,050 to $1,550 hazard pay checks for non-telecommuting workers and a hazard pay differential for hazardous conditions that happen in the future. Additionally, the bargaining team negotiated for the right to request remote work or alternate schedules, because we all learned over the last few years that flexibility is directly connected to quality of life.

“We negotiated for these wins without any cuts to health care or retirement benefits,” Ibrahim said. “That’s because the benefits are one of the main reasons people work for the State.”

Of course it’s no surprise that during a pandemic, the long-term care industry would be an area of focus for our union.

Ivonne Rivero is a homecare worker in Portland. As a leader in our union she was watching closely as the bargaining team negotiated a new contract for 30,000 homecare and personal support workers.

“I was filled with joy when this contract was signed,” Ivonne said. “It represents the respect that we deserve as essential workers, and it is the culmination of years of hard work by our members.”

Homecare workers set out to win better pay and the contract delivers a 12.7% pay increase over 15 months, in addition to hazard pay checks for providers who worked during the pandemic (March 2020 to April 2021). 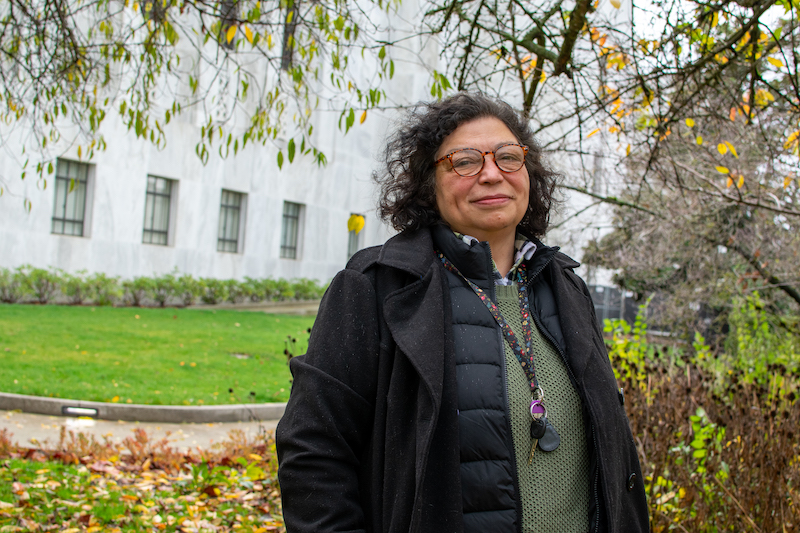 In nursing homes, SEIU 503 members won standard-setting contracts. We began in April with our Avamere contract, which was the strongest nursing home contract in the country at the time it was ratified. By October, we had followed up with strong contracts at Prestige, EmpRes, Avalon, and Dakavia—representing more than 3,000 nursing home workers across the state.

We also negotiated with employers to provide more affordable healthcare plans for workers, many of which never had an employer-paid plan before.

“It’s about respect,” said Felipa Rojas De Torres. “Management needs to include us and listen to us when they’re making decisions. To me, that’s what having a union is all about.”

Where we go from here.

SEIU 503 President Mike Powers views the I Am Essential campaign as a starting point for more transformative change in the years to come. “We’re not there yet,” Mike said. “Many SEIU members continue to face enormous challenges. The simple truth is we live in a country where the vast majority of the wealth goes to the rich and powerful, while regular folks fall behind.”

Melissa Unger agrees. “The system is rigged in favor of the elites and everyone can see it,” she said. “We see it in our union all the time, whether it’s homecare workers not getting paid on time, State agencies that are understaffed and under supported, nursing home workers who don’t have health insurance, or university workers who lost their jobs during the pandemic. We still have a long way to go.”

Both Melissa and Mike agree that we’ve reached a tipping point, where people simply won’t put up with low wage jobs, cut-rate benefits and not feeling heard and respected at work. We’ve won some short-term victories in our contracts, but we haven’t seen the kind of systemic changes that would put the country on a different path. Doing so may require organizing on a scale we haven’t seen in our lifetimes.

Growth in union density is one key to unlocking real change. Fifty years ago, nearly a third of U.S. workers belonged to a union. Today, it’s one in 10. That decline—the direct result of policy changes and legal attacks on unions—has led to rising income inequality, flat wages and scant benefits compared to what most people received a generation ago.

Collective action is another important catalyst for change. In the years leading up to The New Deal reforms, more than 5 million U.S. workers went on strike. In comparison, the #Striketober actions of this year only included about 100,000 people.

“To really address the material concerns of working families we have to grow the fight,” Melissa Unger said. “SEIU is one of the many organizations across the country that will be a part of the solution. But the scale of the problem requires us to think beyond our bargaining campaigns, to tap our political power and to grow our union until the chorus of voices we represent is too loud to ignore.”