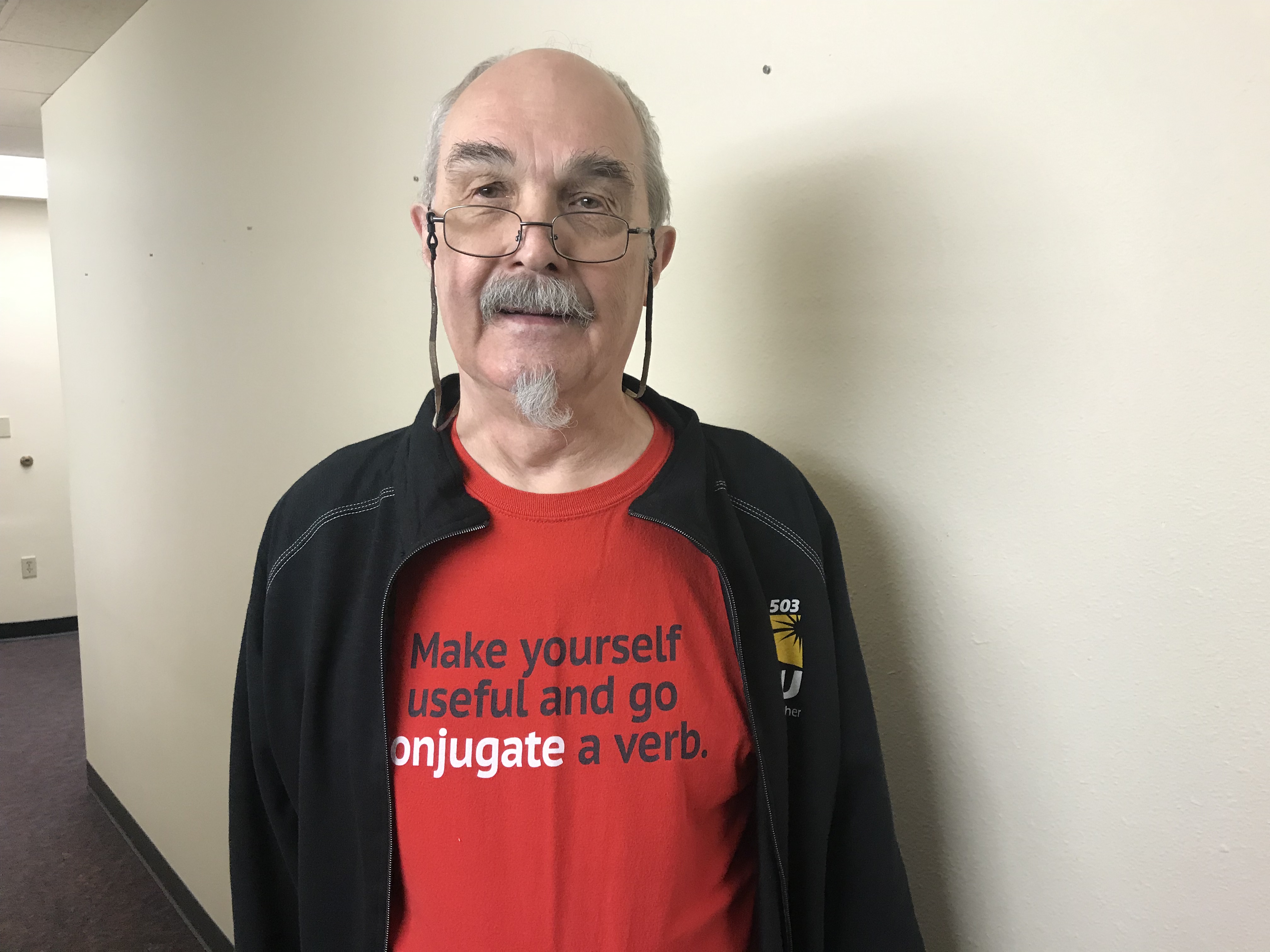 Many of the leaders who have built our union to become the powerful group of homecare and personal support workers we are today come from incredibly diverse backgrounds. This is true of Terry Hayden, The Chair of the Constitution and Bylaws Committee who helped to build our system of union districts that has helped to raise up the voices of care providers from around the state.

Terry spent years as a school teacher before getting involved as a “live in” care provider in 1999, providing supports for his domestic partner. Terry was dead set against the union when he was approached by an organizer in 2000, right when the union was just starting to get organized. He had come from an anti-union family, but within an hour he had changed his views and joined the fight to make the state recognize their bargaining unit.

“I made a 180 degree turn and became active. What really got me mobilized was that they were looking to get medical insurance, and I didn’t have any at that time,” said Terry.

In 2008, Terry worked to really revamp the way that representation happened, working out nine districts to have better representation for rural areas and regular regional meetings. From there he has become involved in all aspects of the union, including joining several committees with the Oregon Homecare Commission, the board for the Homecare Benefits Trust, the Homecare Council, and becoming the Chief Steward for Homecare, among other leadership roles.

The victories around winning healthcare, which he did not have before the union came along, saved his life. In 2013 he went into the hospital with a serious intestinal blockage and had to undergo major surgery.

“If it had been ten years prior I would have been saddled with a massive bill or died. The insurance has literally been a life saver,” said Terry.

In his free time, he enjoys going on cruises with his partner, and is continuing his participation in his union as a member of the bargaining committee. He is committed to seeing homecare continue as a solution for working families in Oregon, and carrying us through to getting holiday pay and a fair retirement system.