Nursing Home workers in our union were successful in lobbying the legislature in Salem, and we are going to be seeing our biggest raise yet this year! We’ve come out in big numbers in 2013, 2014, and in 2015. We advocated for quality care and better funding for the programs that help our residents, and our work at the Capitol paid off yet again.

Since 2013, we’ve seen the following increases:

In 2016 we will see the following increases:

That makes a total of $2.71 per hour increases in three years! 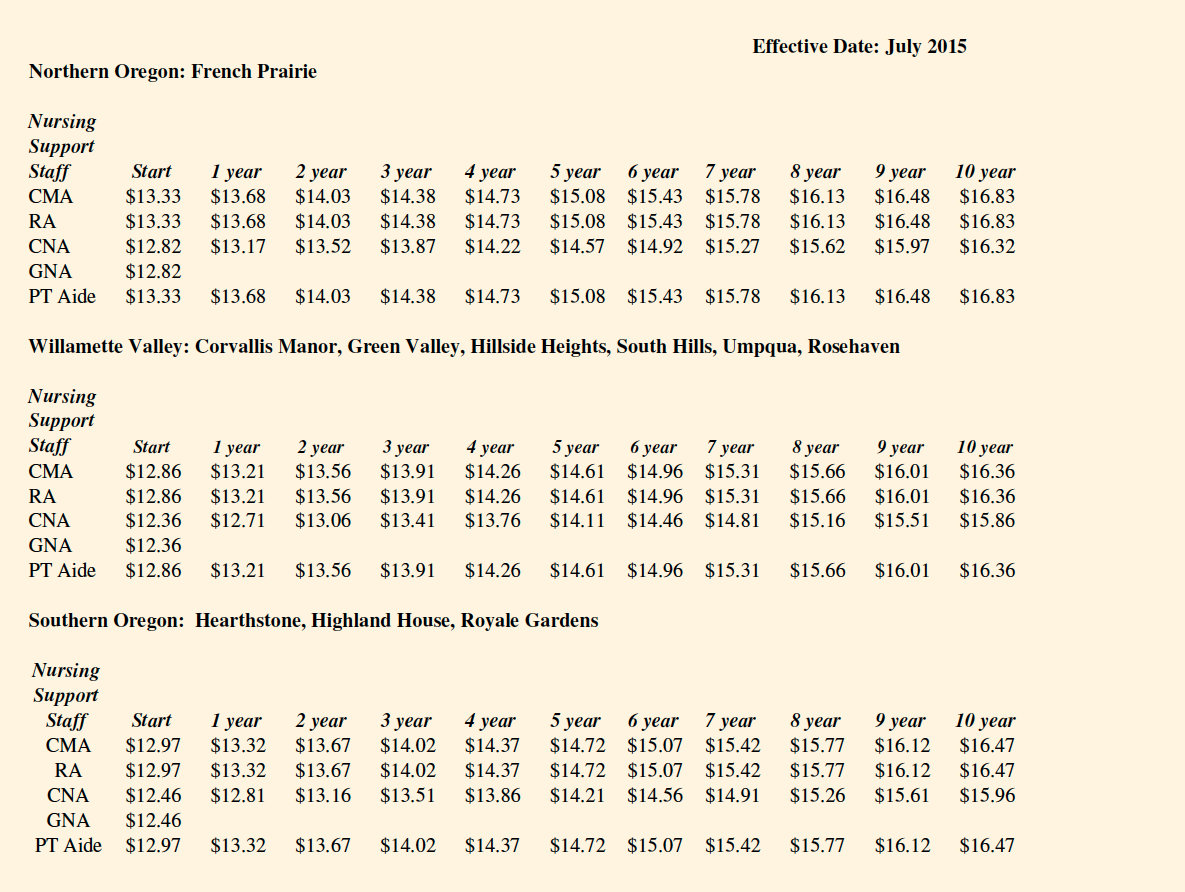