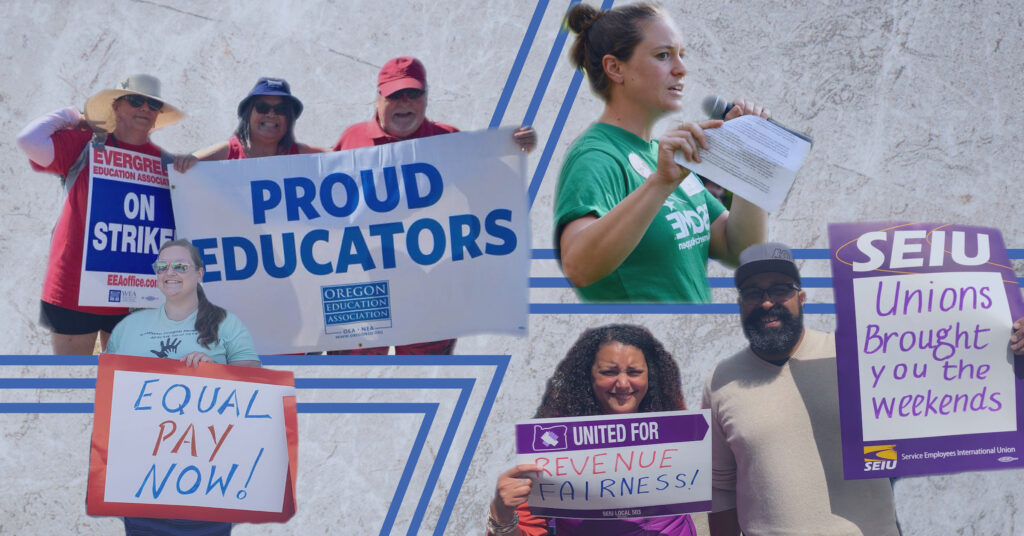 On July 19, a group of homecare workers marched into a Department of Human Services building in Salem, Oregon to demand that they be paid on time. The previous year, the agency admitted to issuing 10,000 late paychecks to a workforce that earns $14.65 per hour. That’s 10,000 moments when someone faced eviction, had the lights shut off, or struggled to put food on the table. The rallying cry rang through the building: “On time; every time!”

Oregon’s homecare workers are members of SEIU Local 503, a union of 72,000 public service workers and care providers. United, they had the power to demand change. Within weeks, homecare workers brought the issue to management and they agreed to a path forward.

All across Oregon, union members are flexing their collective strength in ways we haven’t seen in decades.

“It’s truly extraordinary to see what we’ve been able to accomplish in 2019,” said John Larson, High School English Teacher and President of the Oregon Education Association. “Here we have this moment when unions are supposed to be declining, but Oregon’s educators came together to orchestrate a historic #RedForEd walkout. We had more than 40,000 supporters in every corner of the state take action together, and that led to a life-changing, $2 billion investment in public schools and our students.” 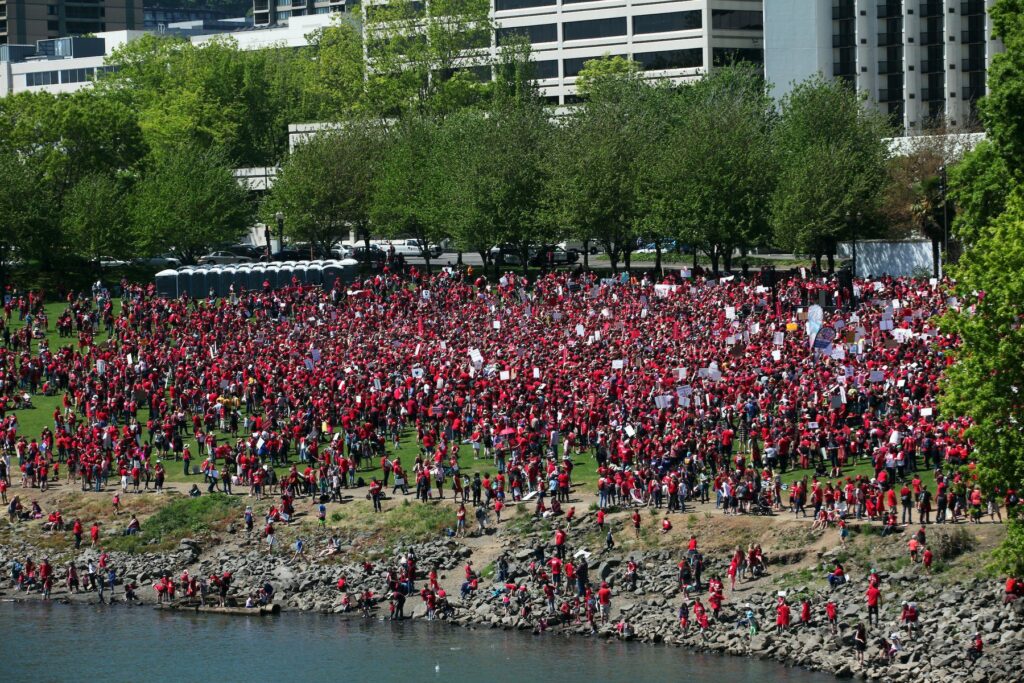 Oregon educators gather in Portland to support the Student Success Act, which raised $2 billion from a tax on corporations to fund public education.

Oregon AFSCME, a union of 25,000 people mostly in the public sector, has grown its membership over the last year. Several victories, including a contract fight at Oregon Health and Sciences University have led to significant member-engagement across the state.

After months of hard bargaining, Local 328 – the local representing employees at OHSU – began taking high-profile actions to move management to a better position. One of the most significant was a rally. Over 1,400 members marched around the hospital in an informational picket. OHSU tried to roll back health insurance and to limit sick leave, and not only that, members of management’s bargaining team pretended to be members and trolled union members online using fake names and spreading misrepresentation about the union’s position. In the end, AFSCME members won on all the issues around sick leave and healthcare, and earned major wage increases for those members that stood together and fought back.

OHSU employees rally to push back on disrespectful proposals from their employers.

Oregon’s largest private sector union, UFCW Local 555 has been running an aggressive campaign this year to fix the gender pay gap at Fred Meyer stores. Fredies pays women $3.70 per hour less than men. For the average worker, that discrepancy between pay schedules adds up to a little more than $200 per month and around $122,000 total over their career with Fred Meyer.

Unions have long been an equalizing force in the job market, helping to reduce wage gaps for women, people of color and other historically oppressed groups. 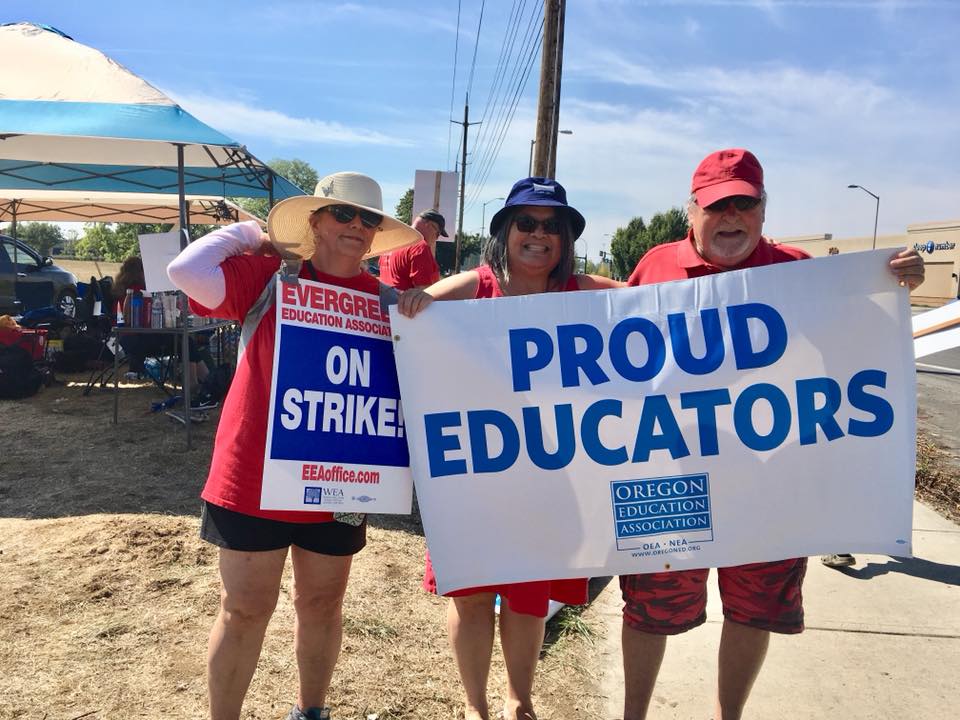 Workers rally at a Fred Meyer in Salem to demand equal pay for equal work.

Despite the success of unions in Oregon, we are living through a period of rising income inequality and declining power for the average person. The economic gains of the last decade have largely benefited the very rich, while the majority of Americans saw modest gains, overshadowed by rising costs.

Nationally, the number of union members has been steadily declining for decades. Fewer Americans have the ability to join a union, and laws that protect workers are being struck down by The Supreme Court. The vast majority of Americans could be laid off tomorrow, for no reason, and there’s not a thing they could do about it.

This erosion of power has led to a renaissance of labor organizing in Oregon. The Burgerville Workers Union – the first fast food union in North America – went on strike this summer to win better wages. Healthcare workers at Kaiser went on strike to demand access to the same healthcare they provide. Public employee unions across the state are reporting growth and increased engagement from their members. Nascent organizing conversations are happening in workplaces around the state.

“Where people have power, they’re exercising it. Where they don’t, they’re fighting to get it,” said Melissa Unger, executive director of SEIU Local 503. “It’s a really good time to be a union member. When you are in union, you have power. You have agency. You get a say in how our State moves forward. That’s worth fighting for.”