Respect Us, Protect Us, Pay Us. Rebecca’s Story 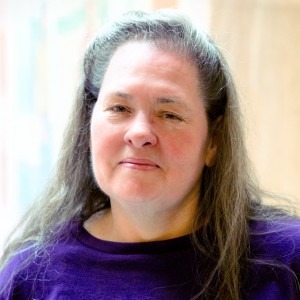 Being in union has transformed homecare in Oregon, and it has truly changed my life. I am a homecare worker, and since I joined SEIU 503 my wages have gone from as low as $2.30 per hour to over $15. My Union won healthcare plans for many of us, paid time-off, workers compensation and so much more. Together, we as union workers have transformed homecare from a small, under-appreciated program into a real profession—a legitimate career option for thousands of people. That, in turn, has dramatically improved the quality of services that we provide to seniors and people with disabilities. But we still have a long way to go.

First, let’s talk about respect. As a homecare worker, I don’t have a typical employer, and the State never developed the support systems that most workers get from their jobs, like an HR Function, benefits administration or training. Instead, we have a confusing system of programs that crisscross agencies, trusts and our union. So when we talk about respect, we’re talking about creating the support systems that exist at every other job, but which are absent from ours. Can you imagine not getting your paycheck for an entire month? As homecare workers, we deal with that far too often.

The second big issue is about protection. When COVID came around, the State had no plan for protecting essential, frontline workers like us. Further, the State needs to establish an individualized plan of action for each consumer in the event of an emergency. Homecare workers and consumers in the path of the wildfires had no plan to get our consumers to safety. It was left up to the dedication and ingenuity of the Homecare workers to get our consumers to safety.

And finally, we are fighting for the pay we deserve. The state has all the money they need to give homecare workers a raise, to give us step increases, AND to give us a hazard pay check. We worked through the entire pandemic without any hazard pay (as did so many people) and it’s time to make that right.

Senator Wyden, I am asking you to invest in caregivers and support them through the American Jobs Plan.  This is an opportunity to get it right. To invest millions in caregiving over the next decade. To expand access to long-term care services under Medicaid. And to put in place an infrastructure to create good middle-class care jobs with a free and fair choice to join a union.

These investments will help hundreds of thousands of Americans finally obtain the long-term services and support they need, while creating new jobs and offering caregiving workers a long-overdue raise, stronger benefits, and an opportunity to organize or join a union and collectively bargain.

This will be an absolute game-changer for care providers, just like joining a union was for me over 13 years ago. It’s time for homecare workers to be Respected, Protected, and Paid!