We’re entering bargaining season, when 90 percent of SEIU members will renegotiate contracts with their employers. Wages, benefits, and a host of workplace policies that impact our lives will be on the table.

Over the last two weeks, members at the Parry Center, Avamere Assisted Living Facility, and Childcare have scored big wins! It’s an auspicious start. We hope to carry this momentum forward into 2019 when state, higher education, homecare and personal support workers will all be at the bargaining table. 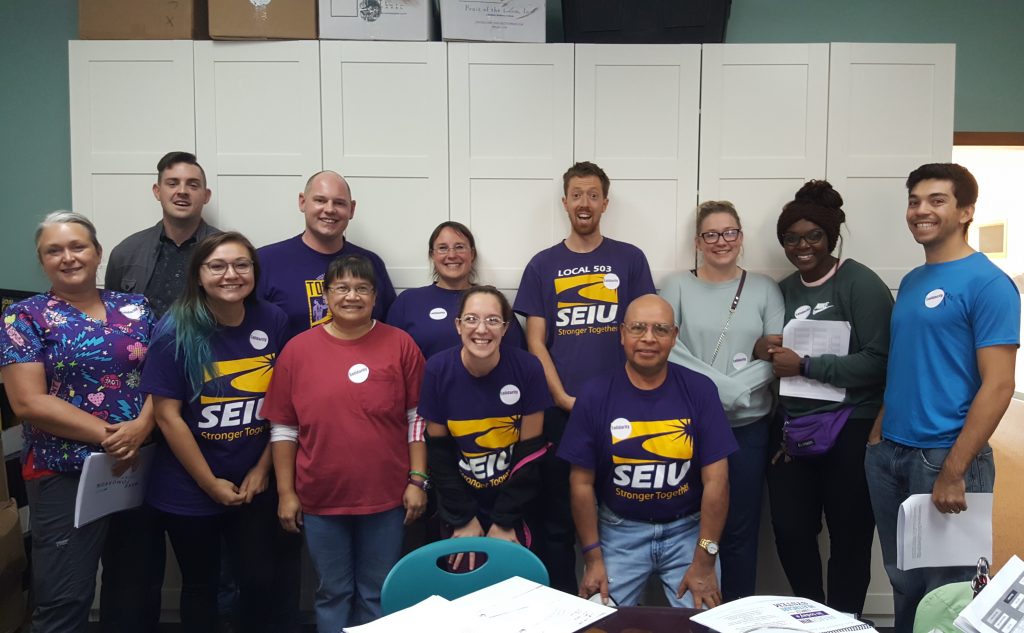 Members at the Parry Center were focused on wage increases. Here are just some of the highlights in the new TA:

Parry Center members won these gains through strong member participation, sticker up actions, and a post card campaign with more than 100 members taking action. Many SEIU members outside of the Parry Center called or wrote letters to support our fellow members, in a show of solidarity that helped push us over the finish line.

After 6 months of difficult negotiations, members ratified an incredible second contract last week. Wage compression has been a huge issue in these facilities, and fighting for a wage scale was our top priority. Members held the line and fought for the recognition they deserve and will now be placed on a wage scale according to their experience!

As a result of this win, several members, including one of the bargaining delegates, said they will be able to quit a second job. This has truly been a life-changing campaign.

Two weeks ago, Oregon’s childcare providers won a wage increase that was more than a year in the making. Congratulations to Childcare President Natalie Jackson and the rest of the bargaining team on this historic win. 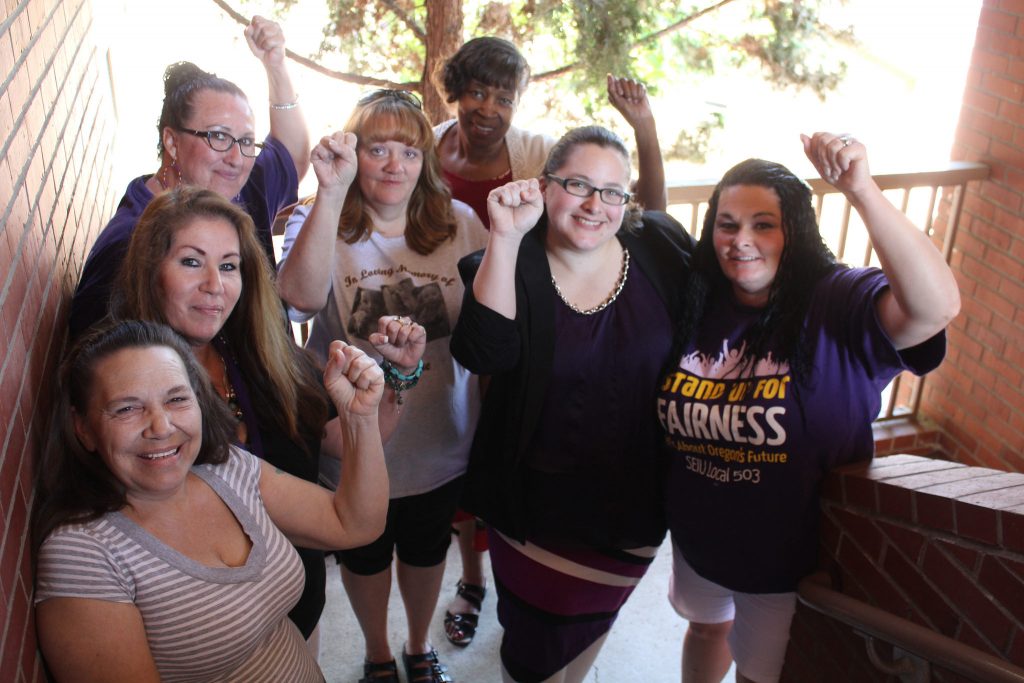 As a result of this agreement:

The current rate structure has meant that providers in rural areas typically see a very small increase, if any; we have been fighting for years to move away from this system and towards one statewide rate. Today, we took a huge step forward towards that goal by moving from a rate structure with three tiers and a large gap between them to a two-tiered rate structure.

We will be back at the table in the spring to negotiate other economic issues and all non-economics. We look forward to carrying this momentum into 2019 to fight for lower copays for parents so that more families can access affordable child care.