On Tuesday, homecare and personal support workers testified in support SB 669, a bill to require private homecare agencies to conform to the same standards and requirements that govern the Oregon Homecare Commission. SB 669 is a critical piece of our Care Agenda, which aims to make care jobs good jobs, lift the standard of care available to seniors and people with disabilities, and create consistency across the long-term care system.

Homecare worker Nicole Leseney testified in support of the bill, saying that she was thrown into supporting clients with less training than restaurant employees receive “to serve people spaghetti.”

SB 669 addresses a real problem. “The training private homecare agencies provide is grossly inadequate,” Leseney said. “Without greater oversight, our parents, grandparents and other members of the elderly community are at risk.”

In addition to training, SB 669 would address low wages, wage theft, and fear of retaliation among employees. All of which reduce the standards of care available to seniors and people with disabilities.

In support of the bill, SEIU 503 Executive Director Melissa Unger told legislators, “Since forming a union, homecare workers have been working diligently to professionalize the work and build careers with dignity and respect. It’s time to bring those same standards to the private sector.”

The bill now moves to the Senate. 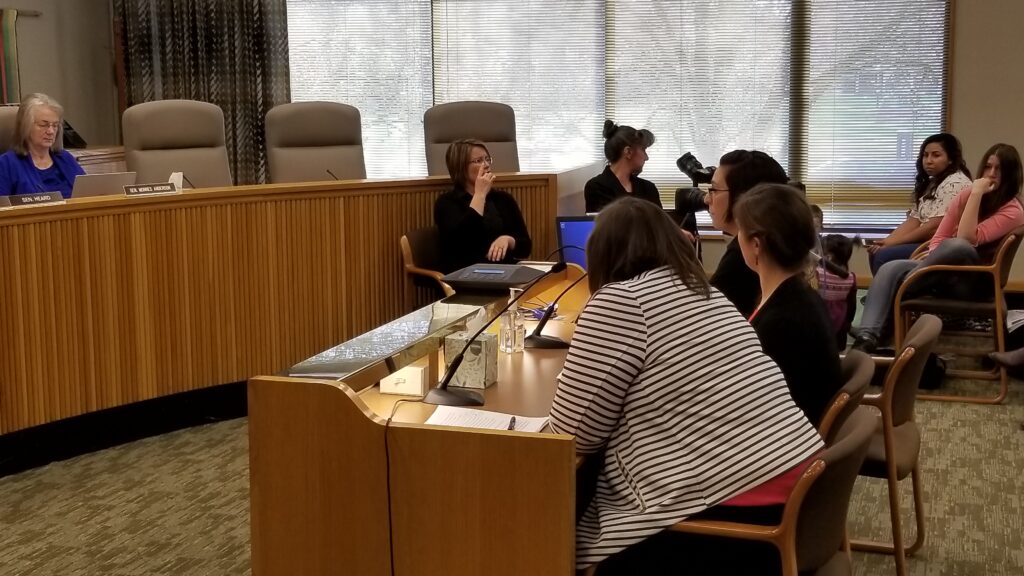 On Monday, SEIU 503 President Steve Demarest testified in support of HB 3031, the Oregon Paid Family Leave Act, which would provide families with time to care for each other without the risk of losing their jobs or being unable to pay the bills.

“The investments provided by HB 3031 are an investment,” Demarest said. “An investment in our children, healthier families, healthier communities and healthier workplaces.”

Homecare worker and SEIU member Rebecca Sandoval also testified in support of the bill. “We deserve a system that supports us when we need help,” she said, adding that many homecare workers live paycheck to paycheck and are unable to take time off work to deal with a family illness because they can’t risk losing their income.

“We deserve a system that supports us when we need help,” Caregiver and member-leader Rebecca Sandoval testifying in support of #ORPaidFamilyLeave #HB3031. #United4aBetterOregon #orleg #orpol pic.twitter.com/XRVOEjPnUO

SEIU members are calling for game-changing investments in Oregon’s long-term care system, which is facing a crisis as the population ages and the industry rapidly expands. A legacy of racism and sexism casts a shadow over jobs that were once written off as “women’s work,” and to this day the long-term care system is underfunded and under supported.