A team from SEIU 503 traveled north to Seattle to support nearly 8,000 SEIU Local 1199NW workers striking at Swedish Medical Center. The three-day strike resulted from Swedish Medical management’s unfair labor practices, including firing employees for union activity and refusing to bargain in good faith. These are issues that impact workers everywhere. That’s why we made the trip to support our fellow SEIU members in Seattle and send a strong message to employers across the region and the nation: workers are united. 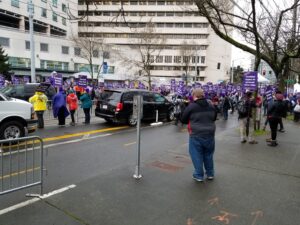 SEIU members from locals from around the country weathered the rain and took to the streets to support Local 1199NW members. The elements were no match for our solidarity. 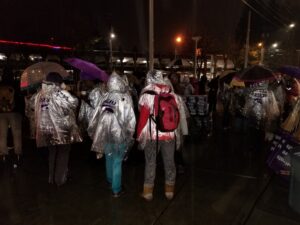 It wasn’t just SEIU. Other unions, including the Teamsters, honored the picket line and supported the striking Swedish Medical Center employees. 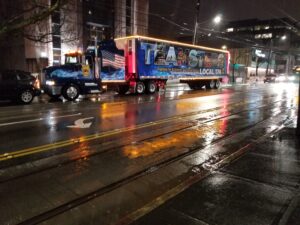 Here’s what it looked like on the picket line.

This fight was our fight. And we remain ready to support workers in Oregon and beyond. We’re stronger together, and there’s no power like Union power.