Who Is Opt Out Today/Freedom Foundation?

People all across Oregon have been contacted by a group called Opt Out Today. They’re telling us to drop our union membership. Who are they and what are their real intentions?

Who is behind Opt Out Today? 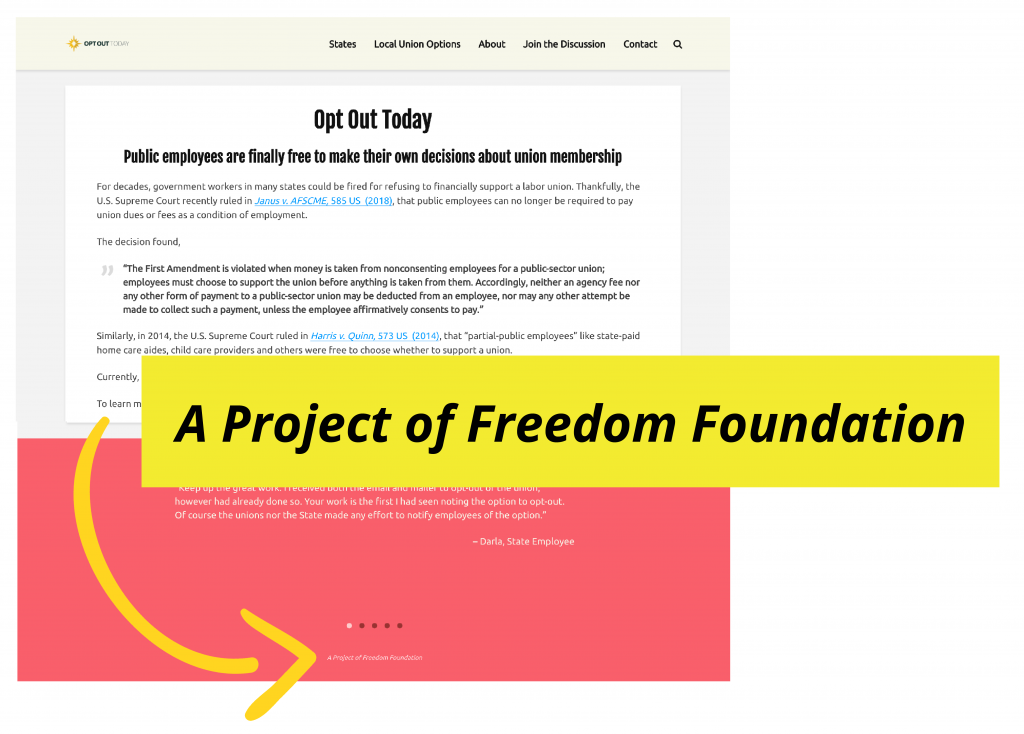 Opt Out Today is a deceptive marketing campaign from the Freedom Foundation, a corporate front group funded by the Koch Brothers that does not have your best interest in mind. We know their real agenda because they say it when they think we’re not listening.

Opt Out Today signed on to a state “reform” plan that called for layoffs, hiring freezes, and privatizing public jobs. They made their justification for these extreme positions clear in the Bend Bulletin when they wrote about “protecting” taxpayers from “public employees’ handsome salaries and lavish benefits.”

When they’re talking to us, they sing a different tune:

Opt Out Today Claim 1: If I leave the union, “will I still receive the same wages and benefits? Yes.”

FALSE: Study after study has shown that in states where more people are members in union, wages are higher because we bargain from a position of strength and push back on groups like Opt Out Today who call for cuts.

Meanwhile, SEIU members across Oregon are choosing to remain in union. They’re staying because of the healthcare plan, the pension, or because they know SEIU is there for you when you least expect it, but need it the most, like when you’re mistreated or wrongfully terminated.

Learn more about how SEIU members are winning by remaining strong, in union.