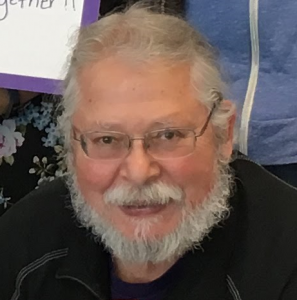 My qualifications include experience in the public sector as a social worker, housing specialist for a non-profit agency, and in the private sector as an attorney.

My journey working with unions started as a young man when I did volunteer work for the United Farm Workers Union in the late 60‚Äôs and 70‚Äôs in California and Idaho.¬Ý My early exposure included participation in union actions, the Chicano movement, and civil resistance to the Viet Nam war.¬Ý This taught me the importance of people working together in unity and solidarity to create social change.

My life experiences as a child growing up in a Mexican family in a white majority country and working through the racist system have taught me lessons and given me life experiences which qualifies me for the position of Vice- President of SEIU 503.¬Ý I grew up in a family that was always in ‚Äúsurvival mode‚Äù just as many of our 503 members experience.

The experiences I‚Äôve gained as a union member over the past 7 years have built the foundation which qualifies me for Vice-President. ¬ÝIn November 2012, I became a union Steward in DHS/CW, a position I still hold.¬Ý I‚Äôve completed a 2-year term as an elected delegate for CAPE and re-elected to a second term. ¬ÝI serve as a CAPE Regional Chair, and member of the CAPE Executive Board.¬Ý I am Chair of sub-local 201, serving my second term.¬Ý I have the honor of serving as a Co-Chair of our 503 Civil and Human Rights Committee.¬Ý I ‚Äòam an active member and leader of the Latino Caucus.¬Ý As a member of Local 503, I have participated in Work Groups in conjunction with DHS/CW, and recently appointed to the General Council Planning Committee.

My decision to seek the position of Vice-President gives me an opportunity to serve in an important leadership role to bring diversity, unity, solidarity and a voice to our union.¬Ý I will strive to bring greater access to information for our members and broaden the diversification and participation of groups within our total membership.

I am asking for your vote.¬Ý Your vote for me is a positive step towards the future of Local 503 and brings a voice to the board that has been under represented.

In my personal life, I have two great sons and five grandchildren.¬Ý I am a Backpacker, Kayaker, Kite flyer and do life, one day at a