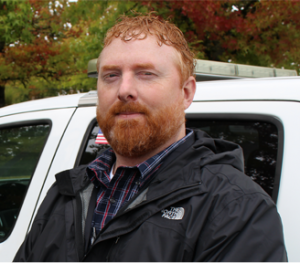 I’m seeking the position of Vice President because, now more than ever, we need strong leadership to represent the members of our union.

The hastening decline in union membership due to anti-labor right-to-work laws has created a sense of urgency which requires both strong organizing and relentless political action.

As Vice President, I will provide the type of support and leadership needed to increase membership and member participation and win strong contracts.

I am currently employed by the City of Tigard, Department of Community Development, as well as Metro, the regional government for the Portland metropolitan area, a member of both SEIU Local 503 & ILWU Local 28, and formerly a member of AFSCME Local 2067.

While a member of AFSCME Local 2067, I worked closely with union leadership and organizers to improve working conditions for City of Salem employees by assisting with organizing members, utilizing the grievance process, and seeking to gain representation for non-represented employees contracted by the City of Salem. I also participated in the MLK AFSCME Strong Blitz, AFSCME Lobby Day, and assisted the AFL-CIO with organizing Uber & Lyft drivers, and organizing security officers with ILWU Local 28.

My interest in union organizing developed while employed as a corrections officer with the State of Oregon, Oregon Youth Authority. During my time with OYA, I was an active member of SEIU – Service Employees International Union Locals 415 and 503. I served as Facility Steward, Statewide Chief Steward (representing 11 correctional facilities in the State of Oregon), Statewide Labor/Management team member, Institution Coalition Bargaining team member, General Council Delegate, CAPE (Citizen Action for Political Education) Council Representative, and Executive Board Director of SEIU 503.

I have passion and experience as an activist, content expert, fundraiser, lobbyist, and union leader representing the interests of workers, clients, unions, and the community. I also have strong leadership skills which I attribute to my military and law enforcement background. My knowledge, experience, and dedication to social and economic justice makes me the right choice for Vice President of our local.