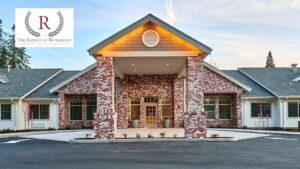 The Rawlin is a 72-bed Assisted Living / Memory care facility in Springfield, Oregon owned by Onelife Investments. 21 residents have died there in the past 8 weeks, only some of them from COVID — the real dangers to residents are critically short staffing, high turnover, and inadequate training. Turnover at The Rawlin is through the roof. People get hired, last 2-3 days and leave. The ones who stay are traumatized by what they are seeing. There is a whole crew of 18-22 year olds who have seen 21 deaths now, sometimes alone on a hall at night with a dying person and no one around to support them. People trained 3 weeks ago are training new hires today.

As of December 11, 2020, Onelife facilities in Oregon had received $260,858 from the US Department of Heath and Human Services for Covid relief. But none of this money was used to improve staffing or resident care. The Rawlin raised resident rent in December, and continues to operate at critically low staffing levels — leaving young, untrained caregivers alone on night shift to deal with dead bodies. And now some of that money is going toward a high-priced union buster to harass and intimidate workers, 85% of whom signed union cards in the past two weeks.

Any one of these workers could walk down the street and get a higher paying job in a fast food restaurant and leave the pain and trauma of their work behind. Instead they are choosing to stay and fight for their residents. Some of them have been there 2 years and make $12.40 an hour.

As one leader, Hermes Ochoa put it, “If I left now without trying every way I could to make change, I’d have blood on my hands for letting it happen. People’s lives have to be worth more than this.”Two weeks ago workers at The Rawlin began to organize to form a union. Workers are demanding immediate recognition of their union and expedited bargaining to save the lives of their residents.

Residents have died every night for the past 4 nights, some in terrible pain, some unnecessarily. Workers are forming a union to address their key issues:

Tell on-site managers to do the right thing: recognize the workers' union and stop the campaign of targeted intimidation and harassment against workers at The Rawlin. 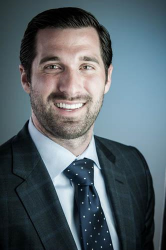 Gregory A. Falk, D.O., Co-Founder—practiced medicine until 2016 when he entered a stipulated order with the Oregon medical Board for unprofessional or dishonorable conduct and gross or repeated negligence.

In 2020 Gregory Falk and his wife bought a $6,250,000 home in cash in Arizona. “A Spanish colonial-style mansion with a front courtyard patio in Paradise Valley…with hand-forged iron gates, imported antique stone fireplaces… a separate guest house, a lighted tennis court and a six-car motor court…”

The Falks also own a vineyard in Oregon.

Despite all their personal wealth and the hundreds of thousands in Federal Covid Relief funds they took in last year, the Falks continue to squeeze workers and residents — paying poverty wages, raising resident rents, and now dumping money into a union buster to harass and intimidate workers.

Tell Zack and Greg Falk to do the right thing: recognize the workers' union and protect residents at The Rawlin.