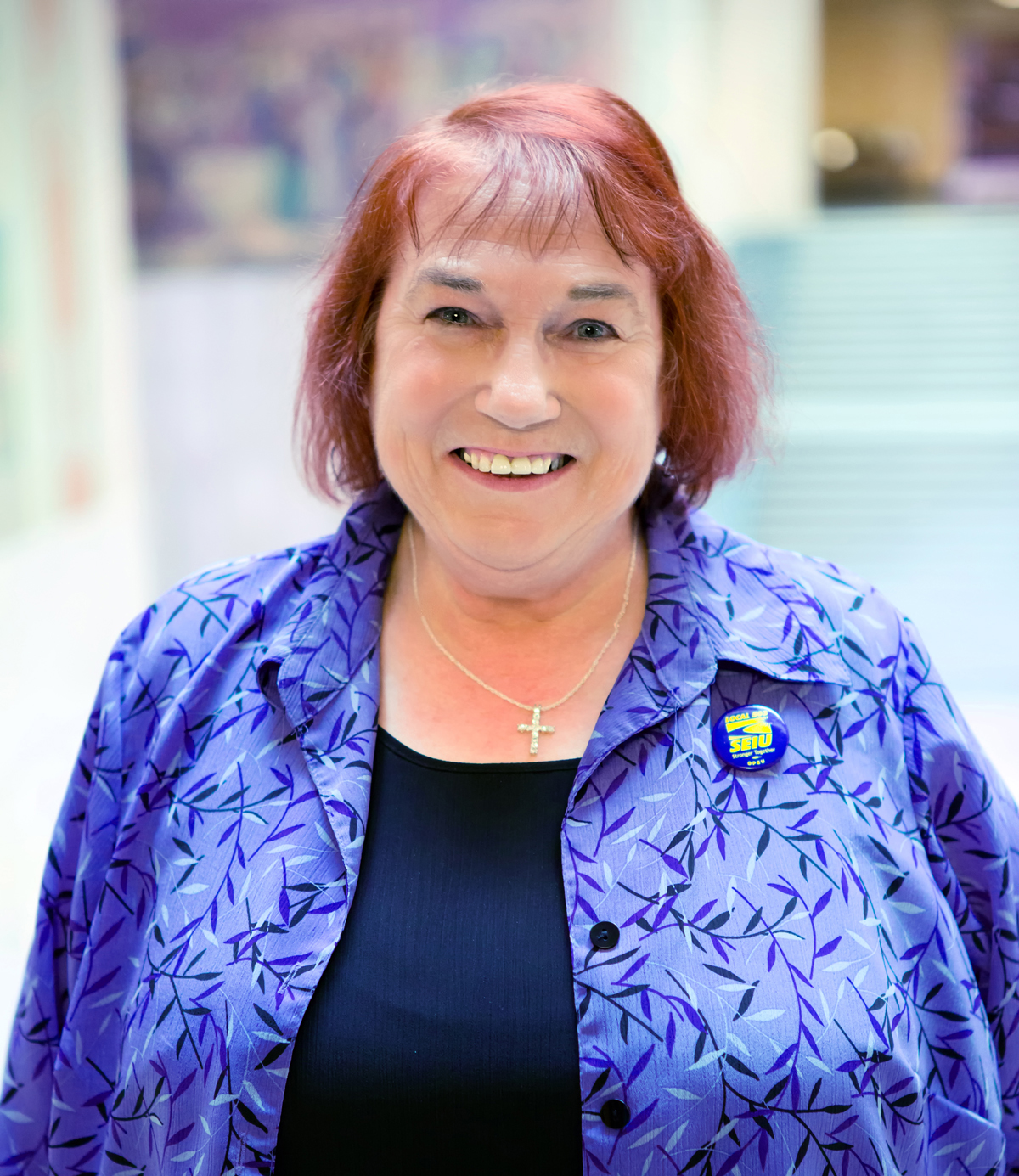 Alice Redding, a homecare worker from Rainier, knows the importance of being part of a union with her fellow care providers. Alice became a homecare worker 20 years ago and became very active in her union shortly thereafter.

Alice is currently a member of the SEIU Local 503 Homecare Bargaining Team and has assisted in negotiating the past six Collective Bargaining Agreements for homecare and personal support workers. She has been a General Council delegate, sat on the CAPE Council and the SEIU 503 Board Of Directors, and has received several awards from her peers, including the Outstanding Steward Award.

When Alice became SEIU 503 District Director in Columbia County, she saw a need to bring care providers together in that area and so she began organizing regional care provider meetings which continue to this day. She also organized Homecare Commission training classes locally in Columbia County. Prior to that, care providers would have to go to Astoria, Portland, Beaverton, etc., to participate in those trainings.

Alice is very proud of the fact that she has mentored many other care providers in Columbia County and they have gone on to become great leaders in our union.

Following her union mantra—“We’re strong, we fight, we rally, we lobby!”—has led her to more SEIU 503 lobby days and rallies than she can count. Her activism has paid off—Alice takes particular pride in having watched homecare and personal support workers’ wages and benefits improve with each collective bargaining agreement, up through the most recent contract—an agreement she helped negotiate that raises the wage floor to $15 per hour and secures a path to retirement for homecare and personal support workers.

Alice is fond of singing and dancing and has been known to belt out a few karaoke tunes when the opportunity arises. She also enjoys spending time with family, especially her granddaughter Amelia, and many good friends. Alice is also grateful that the Union has given her a second family.