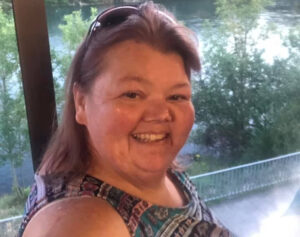 Our union is built on people who have built their careers on their empathy and compassion, which drives them to do the work of professional caregiving. What drew member leader Serena McCurdy was her own personal relationship, which led her to become a Personal Support Worker for her cousin.

“I just know that people who do what I do need to have a heart for it. I have empathy for people that are not being cared for like they should be. I have a true, sincere feeling of caring for people,” says McCurdy.

McCurdy was brought into the union by another care provider, Alice Redding, who came to her door to talk to her about the programs the union had been working on. For McCurdy, joining SEIU was common sense—she had been a union member for years in her earlier career as a grocer.

“Everyone should have the right to join a union because I do feel they protect people. They help in wages and stability,” says McCurdy. “I just feel a union is a protection of your rights, it secures that stability, and your employer cannot just get rid of you without proper procedures.”

Serena decided to get more involved in her union by supporting her coworkers in Columbia County as a steward—which means addressing the issues that care providers face, getting people more involved in regional committees, and growing her own skills.

“I would like to improve our wages, raise them a lot more than what we are making. And make sure providers have a healthy retirement,” says McCurdy, who has a retirement from her previous union job. Retirement security is an issue she is incredibly passionate about. “When I first came in I saw people who were a lot older than me and had no retirement and I thought that was a shame. That they cared for people yet did not have a retirement to care for themselves.”

This is why Serena is going to keep fighting to grow her union, to connect with other care providers, and to improve the care system for everyone.