Oregon’s child welfare program has been plagued by high profile problems. Everyone agrees that leadership at DHS must do more to protect the children in its care and our Union has a role to play in that process by addressing key issues like staff retention and workload. 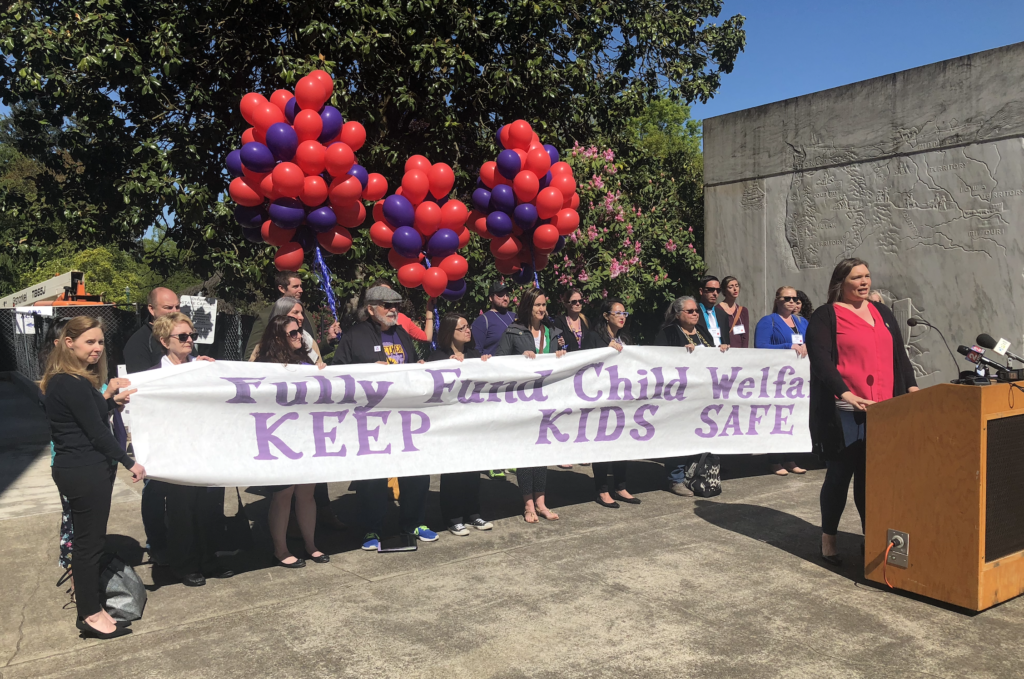 Child welfare workers banding together and speaking out about the need for more funding!

Last week, SEIU members who work in child welfare made a big step forward, by winning an agreement with DHS to address staff retention and workload issues that are prohibiting the department from improving. There’s still a lot of work to be done, but this is a major step forward.

In 2018, the Secretary of State audited the Child Welfare program and found that staff were dealing with terrible working conditions and capacity issues. You can read the entire audit here.

It was clear back then that Child Welfare was in crisis.

Not only were these issues identified, but they have largely remained. Because of this, Child Welfare workers have been organizing since before the 2019 Legislative Session to find solutions that will improve retention issues and help Oregon’s children and families. Here are some highlights of the work they accomplished:

You can read about the new agreement here.

This is a big step forward for the department. Workload and retention are critical problems that we must solve in order to provide the best care possible to children in the child welfare program. SEIU 503 members are committed to being part of the solution.