The CAPE Council, 52 SEIU members elected by the membership to drive our union’s voice in politics, has announced the following endorsements in the 2018 primary elections.

The primary election will be held on May 15. The voter registration deadline is April 23.
In Oregon, you can register to vote online by visiting the Secretary of State’s website.

This group of current legislators received an A+ in our 2018 legislative scorecard for their strong support of our union’s priority issues, and for taking extra steps to support our union in contract negotiations or new organizing.

Portland City Commissioner – Position 2
Nick Fish (Non-Partisan)
The City has taken several key votes on our issues since Commissioner Fish last ran for office. He has a 100% voting record on issues such as inclusionary zoning, construction excise tax, ban the box, community benefits policies, and more. He has provided strategic support to workers organizing for better wages. Nick Fish has also worked with our union on organizing and bargaining campaigns, recently mediating with New Systems and SEIU 49. 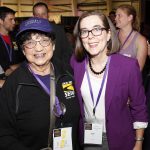 Kate Brown was elected in 2016. Previously, she served as the Oregon Secretary of State and as majority leader of the Oregon State Senate, where she represented portions of Milwaukie and North/South East Portland. On Saturday, February 10, Brown spent time interviewing with more than 125 members from SEIU local 49, SEIU 503 and Oregon Careworks where she clearly articulated strong values that are shared by our union.

Bureau of Labor and Industries (BOLI) 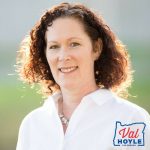 Val Hoyle won the recommendation of union members in the race for commissioner of the Bureau of Labor and Industry. BOLI commissioner position oversees enforcement of the state’s civil rights, employment, wage, and hour laws. Val grew up in an active union household where her father was the president of the local firefighters union, and she was a member of UNITE HERE Local 26. In the Oregon Legislature, she helped lead the Fair Shot agenda in order to improve the lives of working people. 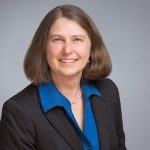 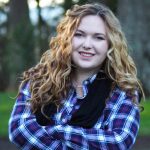 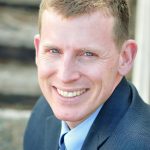 Koops-Wrabek is a two year resident of Eugene and a native Oregonian. Her mother is an an SEIU member. She has campaign experience, working for Suzanne Bonamici and others. She is in law school at U of O and shares our values. Wilde is also a native Oregonian and long-time Eugene resident. He is an activist within the local Democratic party. He has worked as a prosecuting attorney, deployed Military, and now National Guard reserve duty. He currently works for the local Medical Society. He too shares our values. His sister Rose was a long time CAPE activist at SEIU 503. Members chose to dual endorse. 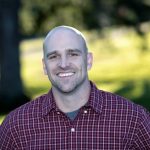 Mike Ellison – a soon-to-be graduate of the Oregon Labor Candidate School – attended a training on February 28, and was well received by members. He is a electrician and shares union values. The district has not been worker-friendly in past election cycles. 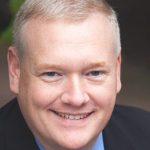 Paul Evans was born in Salem, Oregon. Paul spent more than four years on active duty with the 728th Air Control Squadron and served in the Oregon Air National Guard. In 2014 Paul was elected to serve the people of Oregon House District 20, where he has been a champion on veterans issues, worked to raise the minimum wage, and remains committed to addressing affordable housing in Salem. 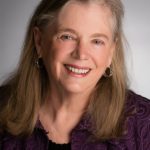 Kris Bledsoe filed to contest Representative Mike Nearman after many years as an non-affiliated voter. Kris enjoys good name recognition in parts of the district. She shares our values on public services, immigration, and caring for vulnerable Oregonians. She is not with us on revenue but wants our support as she opposes a Republican incumbent in the May primary – who she feels does not represent constituents in House District 23. 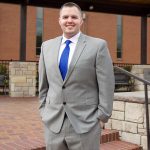 Ryan Spiker is an Oregon native, a US Navy veteran, and a healthcare professional. He was born in McMinnville and grew up in Salem with his single mother and his older sister. In 2016 Ryan worked at the Oregon Health Authority as a policy analyst. He became an avid supporter of ensuring that any Oregonian who applied and was eligible for Medicaid could get the coverage they needed. 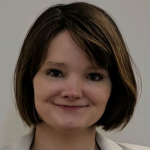 Tiffiny Mitchell is an SEIU member who works at the Department of Human Services in Clatsop County. She is a true progressive who shares our union’s values. Tiffiny is committed to protecting vulnerable children, advancing women’s reproductive health, securing affordable housing on the coast, protecting the rights of the LGBT community, and winning fair wages for all working families. 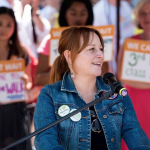 Rachel Prusak is a Nurse and a leader in The Oregon Nurses Association (ONA). She is running on a platform of ensuring access to affordable healthcare for all, investment in education, and living-wage job creation. 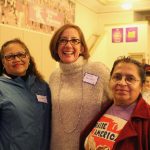 Appointed Democratic Representative Andrea Salinas is unopposed at this time. She has a long  career working with labor, environmental, and women’s organizations. Salinas shares our values, and has worked with SEIU in the State Capitol for many years. 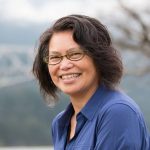 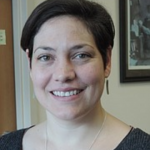 Update: Aurora del Val has dropped out of the race. Mrs. Williams is a clear champion for SEIU’s members, issues, and values. 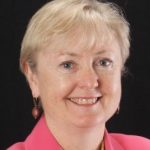 Deb Patterson has been an active SEIU member for three years. She has more than twenty years of experience in health advocacy and education. She was the founding Vice President of the Deaconess Foundation, a children’s health philanthropy, where she researched and funded programs to improve children’s health, including early childhood interventions, school-based programs, and services to children in the foster care system. 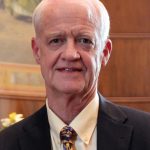 Courtney is in his fifth term as a State Senator, representing portions of Salem, Gervais and Woodburn. He previously served seven terms in the Oregon House of Representatives, including four terms as House Democratic Leader. 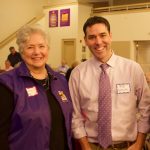 Recent appointee filling the seat vacated by Senator Richard Devlin, Rob has long history as an education activist both at the American Federation of Teachers (AFT-Oregon) and on the staff at Portland Community College.  He shares our values and we are happy to have endorsed him for the Senate seat. 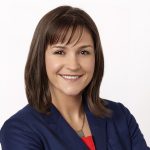 Shemia Fagan grew up in Eastern Oregon and East Portland, where as a child she experienced housing insecurity. This informs her strong commitment to addressing our state’s affordable housing crisis. Fagan has served on the David Douglas School Board and served two terms in the Oregon House of Representatives. 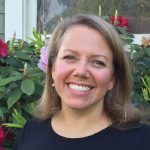 Chrissy Reitz is a former Neonatal Intensive Care nurse, a school board member, a mom and an active community volunteer. As a member of the Hood River School Board, Chrissy has championed policies to make sure school funding goes to the classroom so we can hire more teachers and expand access to career and technical education. 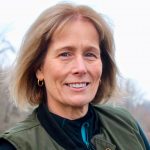 Micki is a salmon biologist at the Oregon Department of Fish and Wildlife, where she serves as SEIU chief steward. She has served on the CAPE Delegate Council for the previous 4 years, bringing experiences from her tenure as a city councilwoman in Dayton, WA.  She will bring our union’s values to the Salem City Council. 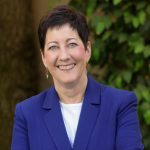 Kathryn Harrington presented the strongest case for our endorsement, demonstrating a strong commitment to the values of our union, including best value contracting. She is committed to standing up for working people in Washington County. 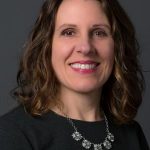 In 2008, voters elected Deborah Kafoury to the Multnomah County Commission where she worked to help families in crisis stay in their homes. In 2014 she was elected county chair and led efforts to approve a $15 an hour minimum wage for the lowest paid county workers. She’s committed to working with our union to ensure that members have living-wage jobs. 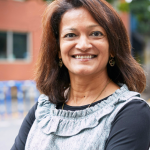 Susheela Jayapal is a former attorney, mother and longtime community advocate for children and families in Multnomah county. She’s working to improve access to reproductive health care, education, and social services. Her priorities include creating and sustaining a community in which all people have housing and stable, living-wage jobs. She believes that the county can lead in making sure that workers are treated with fairness, dignity, and respect. Susheela will support and advocate for project labor agreements, community benefits agreements, and best value contracting within the county. 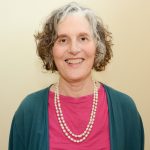 Nora Kent is a teacher and a member of the Oregon Education Association. Kent’s priorities as a commissioner include creating living wage jobs, building affordable housing and opening access to healthcare.  She is also an opponent of aerial herbicide spraying in Lane County. 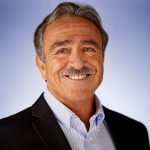 Joe Berney is taking on a long time incumbent after retiring from many years as a teacher, job developer, and entrepreneur.  He’s raised a large family in the Springfield area and is focused on job creation opportunities that provide living wages. SEIU members from Locals 49 and 503/CAPE felt he would be an important change agent on the County Commission. 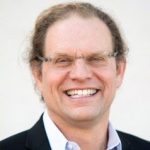 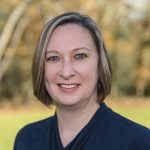 Heather Buch has spent her professional career running a small business to help people access and afford housing in Lane County. She is an EMERGE graduate and has won the endorsement of the large number of Lane County employees represented by AFSCME.  Kevin Matthews is a publisher, entrepreneur and an activist in the Democratic party. His platform is to build rural and neighborhood prosperity, including family wage jobs and education for all ages, while protecting the environment and precious natural resources, and restoring integrity, transparency, and fiscal common sense to Lane County government. 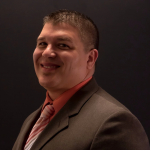 Josh Rojas works at Yamhill County Health and Human Services where he serves as the president of the Yamhill County Employees Association. As county commissioner, Josh is committed to working collaboratively to ensure that all residents have a fair shot at success.

Salem-Keizer School Bond Levy – endorsed
CAPE region 3 members met with representatives of the Salem-Keizer Bond Measure 24-429 campaign in February and after some research and discussions endorsed a YES on the measure.