Now, more than ever, we need our unions 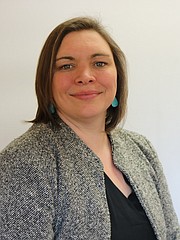 For the past seven months, I have been honored to serve as executive director of Service Employees International Union (SEIU) Local 503, Oregon’s public employee and care provider union. As I reflect on our incredible history, I’m also worried about the future.

The story of SEIU in Oregon is one of growth and gains for hundreds of thousands of families. Our union has raised the minimum wage, secured funding for important public services, and passed progressive laws like paid sick leave, Medicaid expansion, and healthcare for all kids.

We have fought hard to defend public employee pensions, which today generate $3.9 billion in total economic value to Oregon and provide a secure retirement for 250,000 people. Our members also fight to improve public services. We’ve fought for and won funding for Oregon’s foster care program, senior services, and the Oregon Health Plan.

We have also transformed in-home caregiving. When homecare workers first organized as part of our union in 2001, they were exempt from the minimum wage and often earned less than $4 per hour. Today, homecare workers earn at least $14.65 per hour and have a healthcare plan. That has reduced turnover and improved the standard of care that seniors and people with disabilities receive — all thanks to a union contract.

But today unions are under attack. Right-wing groups like the Freedom Foundation/Opt Out Today are doing everything in their power to make it harder for working people to organize a union. With millions of dollars from wealthy special interest groups like the Koch Brothers, they are trying to stop minimum wage increases, slip loopholes into our tax code, and slash workers’ benefits in an effort to rig the economy in their favor. And it’s working. Our economy keeps growing, but the gains are not trickling down to regular people.

Strong unions are the best tool we have to push back on this. Research — and our experience in Oregon — shows that strong unions raise wages for members and non-members alike. Unions also help lift up the wages of women and people of color because everyone is treated fairly under a union contract.

For some of us, the impact is more personal. With a union contract you don’t have to be afraid to ask for time off to care for your family, or to stand up to a boss who sexually harasses his employees, because you know you won’t be fired without cause. When you have a contract and people at your side, you have the freedom to achieve your potential without being held back by fear.

That’s why I’m so concerned about the attacks on labor unions. Without a counterpoint to big corporations and the rich, how will regular people like you and me advocate for ourselves?

I resolve to stick with my union. No matter what the Koch Brothers throw at us, my brothers and sisters at SEIU will keep fighting to make sure all working people in Oregon have a fair shot at success.