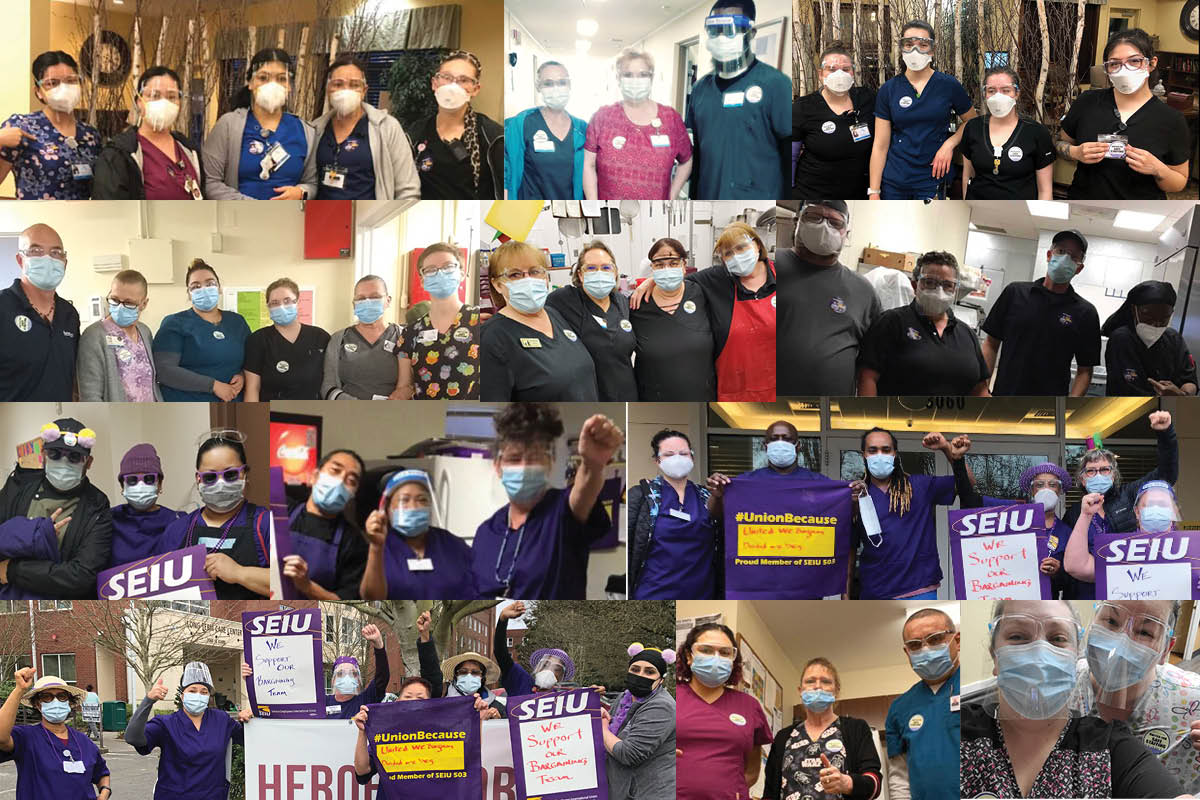 After an intense month of contract negotiations and workplace actions, the Avamere worker bargaining team reached a tentative agreement with some of the best wages, benefits, and working conditions nursing home workers have ever seen.

Avamere management and our union bargaining team worked together to solve long-standing problems that COVID highlighted. Together, we developed solutions that will guarantee better resident care and a better environment for workers. The improvements in our new contract will make Avamere the best place to work in the Oregon nursing home industry.

High worker turnover is a problem industry-wide, and was an issue long before COVID. Our new contract tackles this issue head-on by making dramatic improvements to wages, training, and staffing levels, and creating a career ladder for CNAs. Together, these changes will reduce staff turnover and improve resident care.

Highlights of our tentative agreement

Our union is a democratically-run organization and our tentative agreement will not take effect until a majority of Avamere members vote to approve it. Voting will take place in the parking lot at your facility next week on the following schedule. All vote times are 5 am – 3 pm on the days listed.

Only members of the union can vote on our contract. If you are not a member, you can sign up online or fill out an application in person before you vote.

Download and review all parts of the tentative agreement here.