Labor News Round Up

All around the country, people are growing tired of an economy that only works for the rich and powerful. They’re fighting back by joining together in Union, because no matter where you work we are stronger together. 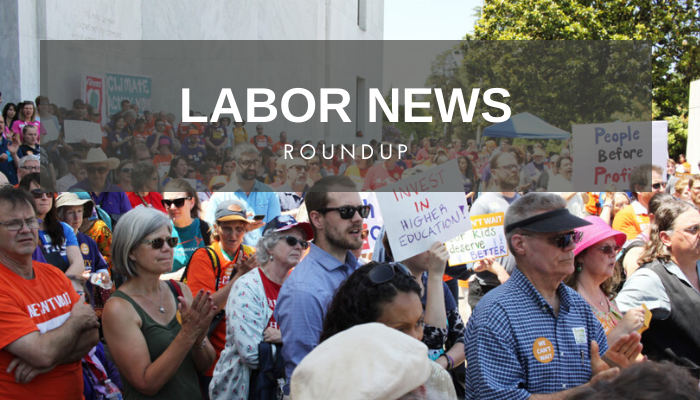 This week, Northwest Labor Press reported that workers at Portland-based Columbia Sportswear are organizing a union.

Justice for Janitors members in Miami are fighting to win higher wages and better working conditions for custodial workers in south Florida, including a recent protest outside Miami’s tallest building, the Southeast Financial Center downtown.

The editorial staff at Sports Illustrated went public with a union campaign this week.

The staff of Sports Illustrated, its newsroom ‘gutted,’ is planning to unionize, WashingtonPost.com