SEIU 503 is a democratic, member-run union. In 2020 we have elected more than 700 leaders to a variety of positions to lead our union. The people in these roles will shape our work over the next two years as we bargain strong contracts, represent workers, and grow.

So we’d like to introduce you to our newly elected Statewide Officers. 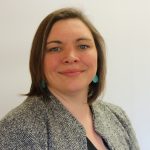 Melissa has been part of SEIU for 12 years, as a staff leader and political director for SEIU 503 and more recently as our union’s executive director. Melissa has been an incredibly effective champion for SEIU members in the state Capitol and with our allies, ensuring that Oregon’s budgets and policies keep the needs of working people front and center. More recently she led the 2020 bargaining campaigns, which resulted in the best round of contracts we’ve seen in over a decade.

Mike has been an active leader in our Union’s political program – CAPE – for many years, in addition to serving six years as President of the SEIU Agriculture Local 603 and on our Union’s board of directors. Mike knows what SEIU 503 has meant to his family, and the debt owed to those who fought for us. He is committed to protecting and expanding the Union difference for this and the next generation of Oregon working families. 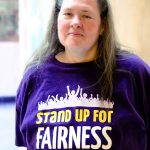 Having always looked for a way to be part of the larger movement for social justice, Rebecca felt she had found a home 12 years ago when she joined SEIU 503 shortly after becoming a homecare provider. She’s been passionate about and immersed in the labor movement ever since that first SEIU 503 union meeting. Now, as the statewide vice president representing Care Providers, Rebecca plays a central role in the fight for economic justice for all Oregonians. Read more. 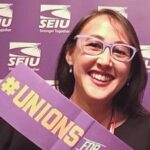 Andrea has been a DHS-Child Welfare Paralegal for 13 years. She has served in many roles in our union, including as a Contract Specialist, Chief Steward, Secretary for Sub-Local 216 and most recently as the first Asian-American Vice President of our Union. Andrea is eager to continue the work of strengthening and diversifying our union, bargaining good contracts and involving our members in every aspect of our union. 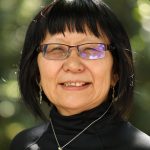 Theo is a lifelong learner and has been a proud member of SEIU for 20+ years. She is active for legislative funding for education, and public services; a Union leader/activist for gender equality, equity and inclusion on the Board. At the University of Oregon Sub Local 085, Theo served as President, Vice President, Treasurer and Newsletter Editor; is a member of the Contract Actions Team and a steward. Theo is committed to advocating for inclusive, safe and healthy workplace climates; raising member voices and our collective power to preserve and protect jobs, benefits, rights and union values. 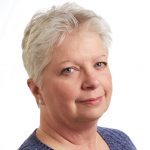 Mary is returning to her role as Treasurer of our Union. She’s celebrating almost fifteen years of Union service which began as a Steward and then President and Chief Steward of her Local (Revenue 150), a few terms as the CAPE Secretary, General Council Delegate as well as a Bargaining Delegate at Specials Coalition and Central Table. She still puts in 40 hours a week at Revenue. And, when not working for members or Oregonians, she supports her daughter, now a third year medical student, a 29 year old horse and 15 year old 18lb cat. Mary likes to stay busy.