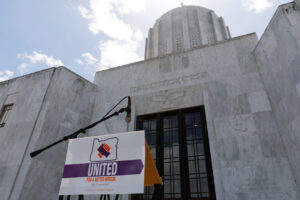 “With income inequality widening, the cost of living skyrocketing, and unprecedented attacks on unions, it’s a critical time to protect the rights of Oregon public workers,” SEIU Local 503 President Steve Demarest said. “This bill provides all public employees with basic protections to belong to a union and be free from employer retaliation.”

The Act codifies best practices for access to worksites, members, and lists; release time; unfair labor practices; and dues deductions for all public employees in Oregon. Currently, these collective bargaining provisions vary by contract, leaving employee groups without consistent protections and access to resources to function as a union.

“All workers should have time and space to belong to a union,” said Jackson County worker Kember Dollarhide. “As a health and human services worker, it’s important for me to know that I won’t be penalized by my employer for choosing to belong to a union and to bargain for a fair contract.”