PERS is a story about people, not numbers 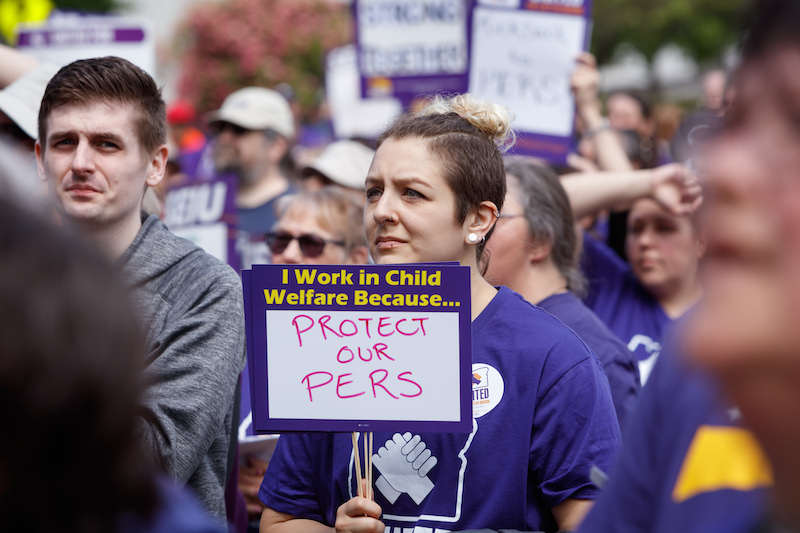 With the recent legislation cutting PERS, Oregon has had yet another debate about public employee retirement. Time and time again, we struggle to define that conversation by the people impacted, not the dollars and cents in the budget.

In truth, PERS cannot be separated from families and communities it supports. More than 300,000 people across our state are part of the system, many of them relying on PERS for security in their final years.

“I care about PERS because I think working people deserve good retirement!,” says Heather Schermerhorn, a state employee with Senior and Disabled Services.

The Public Employment Retirement System (PERS) is the pension system for SEIU members at state agencies, local governments, and public universities — as well as other public employees including teachers, nurses, and firefighters. Our coworkers, friends, family and neighbors rely on PERS for a secure future.

“I decided to dedicate my life to public services, and I knew that I wasn’t going to make as much as I would in the private sector, but it was worth it to me for the people of Oregon I get to help,” says Alicia, an employee with the Department of Justice.  “I’m just starting my career and the idea that my retirement could just disappear might force me into the public sector because I just don’t make much, which is why I am speaking out about this issue. I really believe in this union and the people of Oregon” 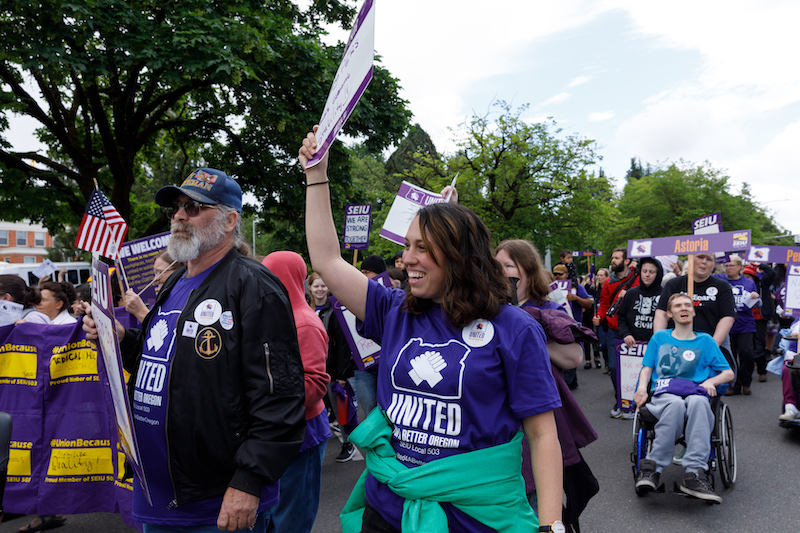 Public sector jobs have lower wages than comparable positions in the private sector, but they provide the kind of benefits and retirement that working families can depend on. Many of us have bargained away raises to protect those benefits, which makes it even more frustrating when they get thrown back in our faces.

“PERS is a necessary tool to recruit and retain quality employees, and it’s great security for those of us who are retired.” says John Hawkins, a retired employee with the Linn County Juvenile Department. “PERS is so important because it is one of the actions that can be taken that allows people to still have their health when they retire and maintain a reasonable income. It is the difference between poverty and having a comfortable retirement.”

Like with most attacks on employee rights, the latest changes to PERS will hit young, lower paid employees the hardest. 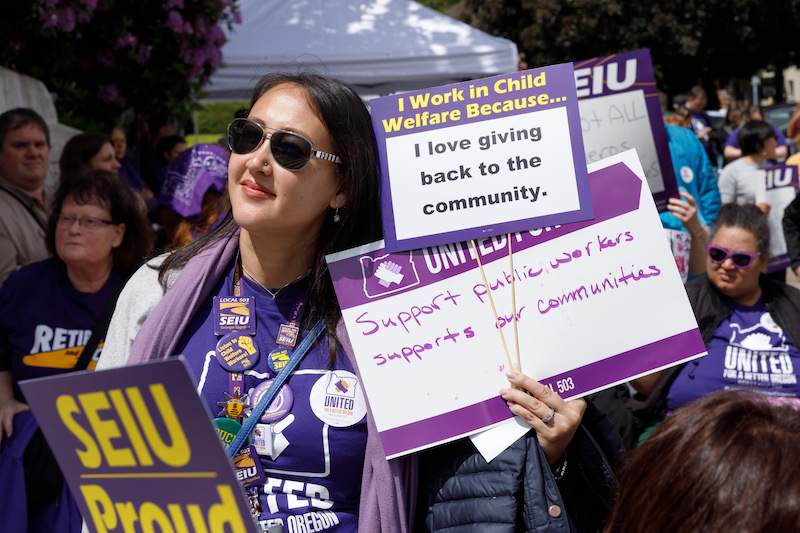 71% of the unfunded liability is made up of money owed to people who have already retired, who are living on their pensions right now.  The Courts have ruled that we cannot break the promise we made to these workers, so any efforts to change benefits structures only impact future earnings. That means younger workers are hit hard. It also means the changes do little to address the underlying problem.

“PERS is my only source of retirement funding so that I can support myself and my son,” says Rebecca Fuller, and employee with the Higher Education Coordinating Commission.  Rebecca will only be making about $1,300 a month, less than the average rent for a two-bedroom apartment in the Portland area, which means that even with her PERS benefits she will receive far below the cost of living. This is a much different picture than the extravagant pensions that are often discussed by politicians who want to make cuts to the PERS system.

“My story is pretty common. People don’t want to admit they are hurting, and this attack on PERS is going to hurt all public employees.”

The majority of state employees are now on the sustainable OPSRP or “Tier 3” system, which was created in 2003. The fact that corporate lobbyists still try to paint the PERS system as “extravagant” or “overly generous” is completely misleading.

“I think the change is unfair. I am due to retire in nine years and I don’t think I can make it with the cuts they are proposing,” says Lori Lambhert, an employee of the Department of Human Services. 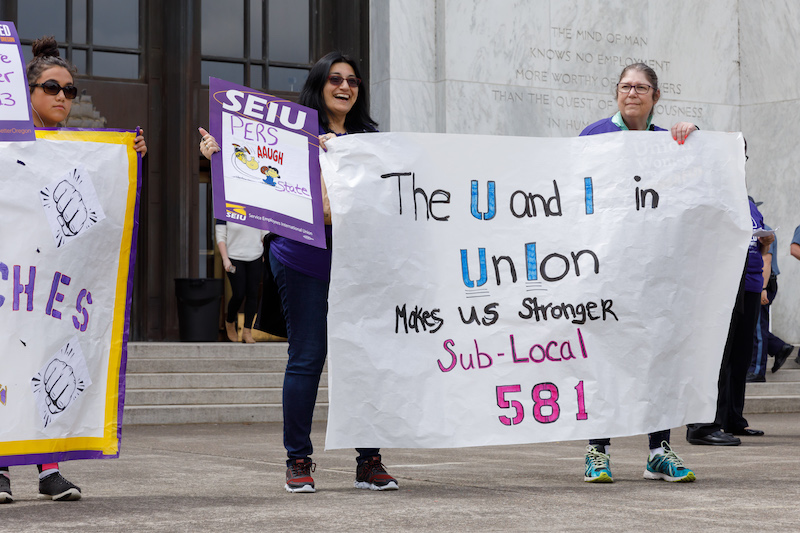 The reality is that Oregon’s budget shortfall is not the result of “high paid” PERS recipients, but instead the result of low corporate taxes.  Oregon has one of the lowest marginal corporate tax rates in the country, and those wealthy companies have hit a forty-year low in tax liabilities. This means that while lobbyists may want to reframe Oregon’s budgetary issues as being solely PERS related, it is corporations who have spent millions of dollars to ensure that they won’t have to pay their fair share to fund public services.

“I care about PERS because it is my retirement. I have been with the state service for 20 years…but I have stuck around because I have been counting on that retirement,” says Greg Ivers, who has been with the Department of Human Services for the better part of two decades.

Right now, for someone who retires from many years of employment with the state, the average retirement payout is less than $30,000 a year, which is far below a reasonable cost of living in Oregon.  For most public employees, the payout is even less than that, and many people working in lower-wage jobs in public employment, their PERS is the only thing allowing them to have any level of retirement security.

“I turn age 70 this October and I care about PERS because I need that money and they keep changing the goal post on me so I don’t have enough money to live on,” says Betty Holliday, a state staff with the Department of Human Services.

As union members, we are standing together to say that a fair retirement is one of our top issues, and we will not stop fighting to ensure that we are able to maintain the benefits that working people deserve. We will be filing a lawsuit along with other unions and state employees to confront the unjust attacks on our retirement, and we will take this issue directly to the bargaining table to ensure that public employees get fair compensation.