This is the second in a series of articles looking back on 2019, and shining a spotlight on the most significant events in our Union. Check out article #1. 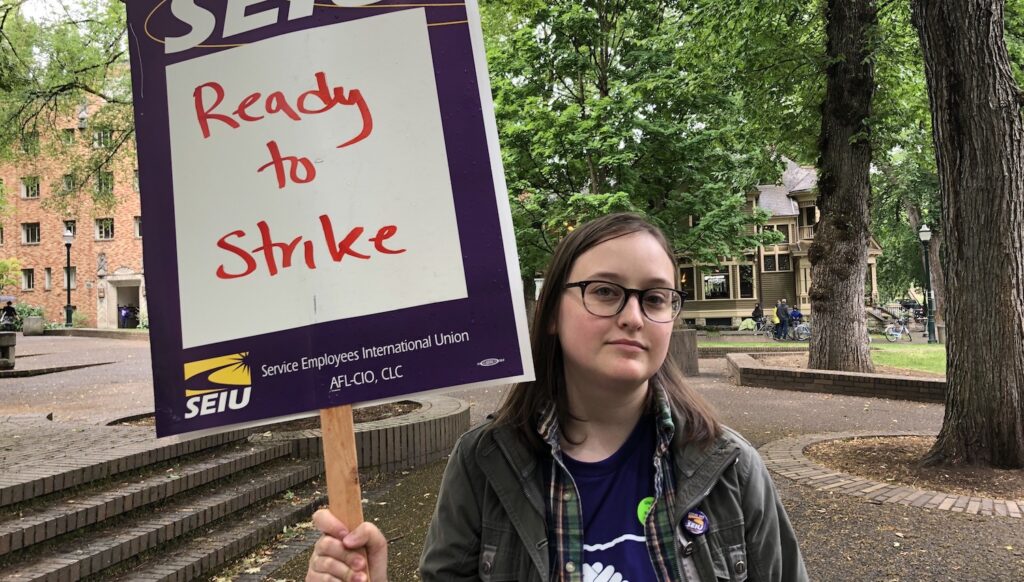 Long before the sun rose on September 28, members of the Higher Ed bargaining team were entering their 22nd straight hour of negotiations with management. It was the final meeting in a grueling, five-month process in which university administration had tried to severely cut employees’ wages and benefits. The proposals from their side of the table included salary freezes, draconian cuts to healthcare, and they even asked the lowest paid members of our Union to pay triple for shift meals.

The power dynamics at this meeting were different. In the proceeding days, 95 percent of voting members had authorized a strike. The picket lines were drawn, the signs printed, bullhorn batteries charged, and union staff were frantically putting together the logistics to pull off what would have been the largest strike in our Union in over 20 years.

The pressure was on, and management broke.

That night the team settled a new contract that included the largest COLA in over a decade, regular step increases for every member, a differential for topped out workers, and no takeaways on healthcare. We didn’t get everything we wanted. But it was a win. A hard fought win.

“This is the best contract we have been able to negotiate in over a decade, despite very tough negotiations,” said Rob Fullmer, the bargaining chair and an IT employee at Portland State University. “We pushed management much further than they expected to go.” 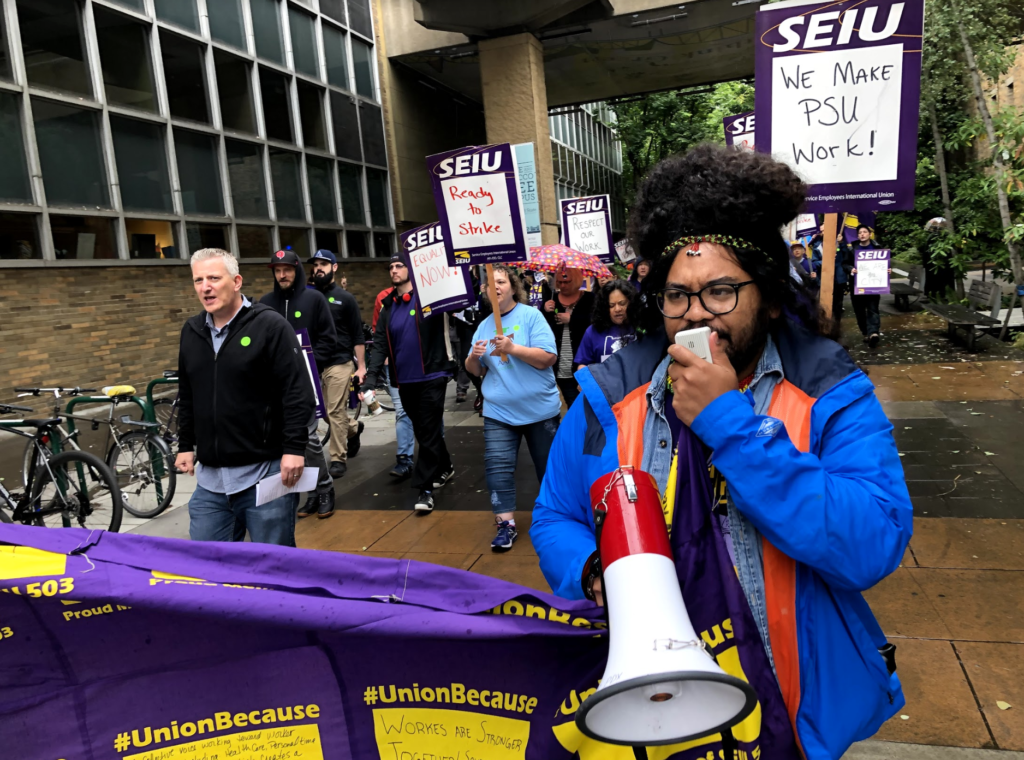 For years, the classified staff at Oregon’s public universities had been underpaid, particularly when compared to public employees at State agencies. Oregon’s consumer price index far outpaced wage growth, and management knew it.

In the 2019 legislative session, lawmakers allocated an additional $100 million to higher education, and this, along with increased tuition and operating revenue, meant the universities had the money to make up for years of stagnant wages. It was our time.

“We won through tenacity and grit, and a healthy dose of community support,” says David Raco, the president of the Southern Oregon University sublocal. “We demanded what was fair for our members after years of taking sacrifices for the team. We sought support from our allies, we rallied our members, and we let management know that we were seriously ready to walk out until they were ready to talk to us as equals at the bargaining table.” 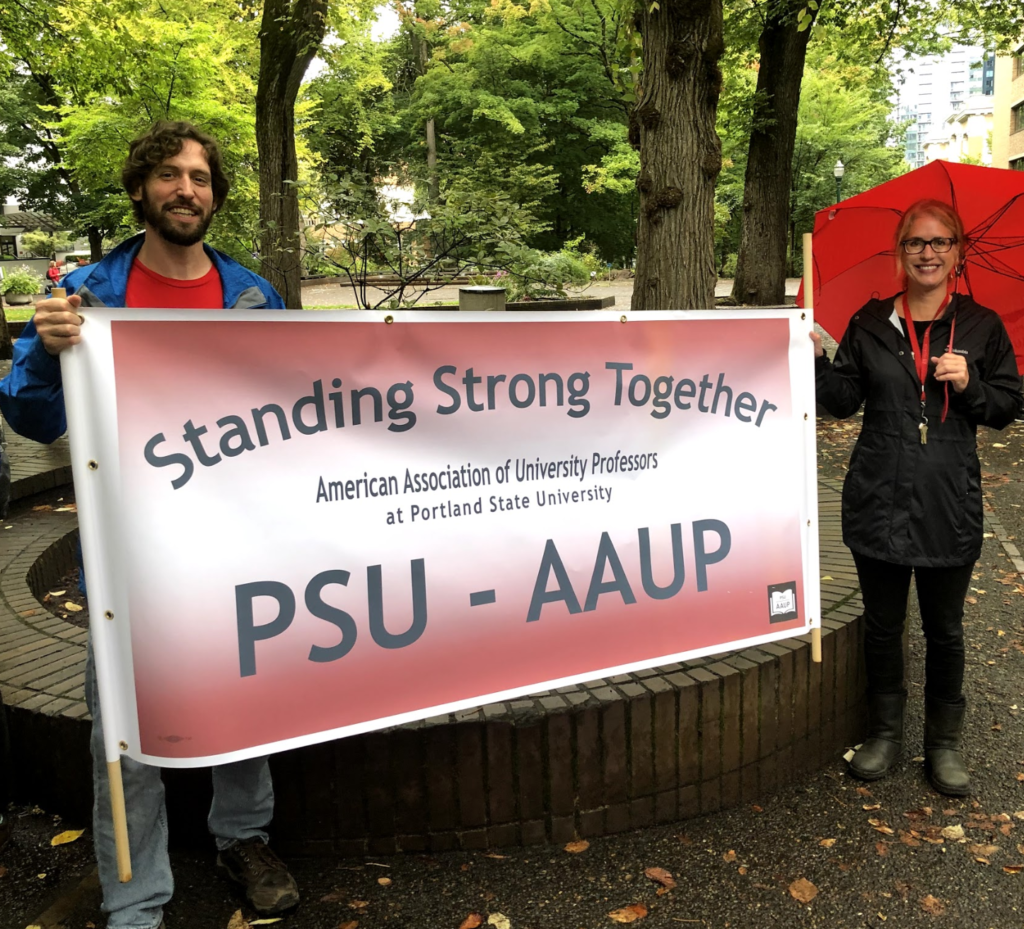 This is the union difference, as clear as it’s ever been. Without the collective action of university workers across the state, none of these gains would have been possible.

“This is a win for the 4,500 workers who dedicate their lives to Oregon universities,” said Melissa Unger, executive director of SEIU Local 503. “Workers stuck together to demand a contract that respects the critical role they play in supporting our students and keeping our campuses running. Together, we fought back take-aways proposed by management on wages, health care, steps, and personal days, and won higher wages for all workers. This hard-fought victory is a testament to the strength and solidarity of Oregon’s front-line university workers.” 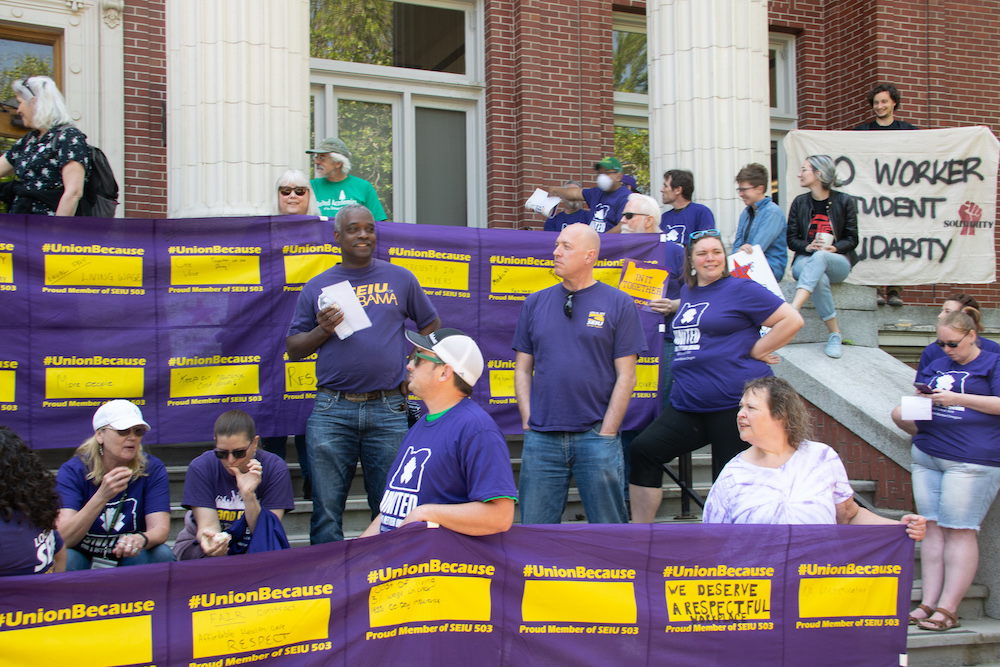 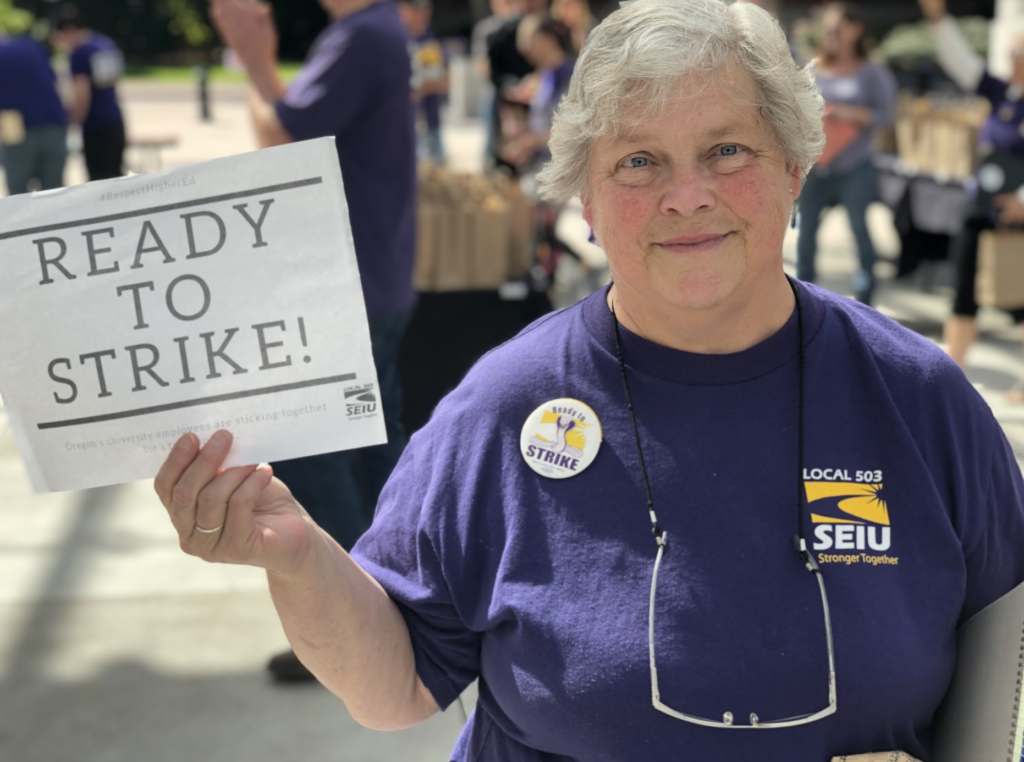